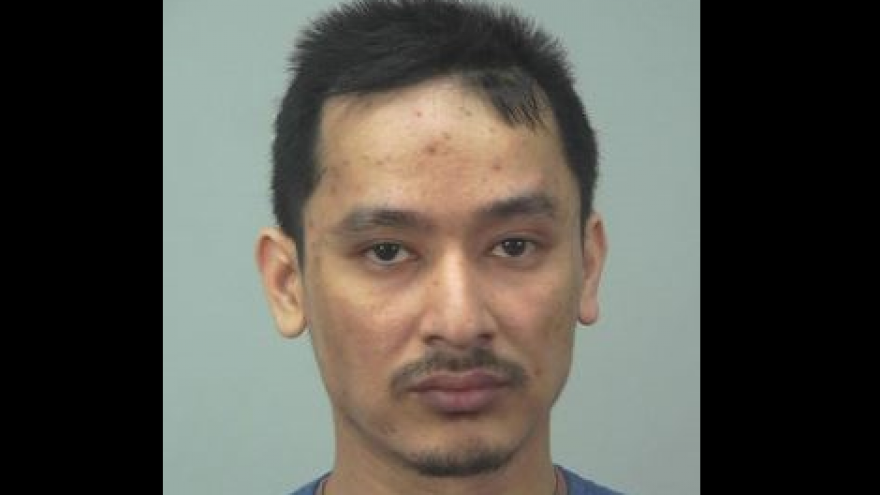 MADISON, Wis. (WISC) -- A Madison man is accused of raping and impregnating a 14-year-old girl while her sister was upstairs, according to court documents.

Prakash Biswa, 30, was in Dane County court Tuesday on felony charges of first-degree sexual assault of a child under age 16 by use or threat of force or violence and strangulation in an incident that took place at his home on June 1.

According to the criminal complaint, the 14-year-old was with her 17-year-old sister and a 24-year-old man when they went to Biswa's home on North Star Drive. Biswa and the 24-year-old man are relatives, the report said.

According to the complaint, the 17-year-old and the 24-year-old went upstairs in the house, leaving the 14-year-old alone with Biswa.

The girl told police she went into the bathroom to text her sister that they should leave, but her phone didn't have a charge. The complaint said that when she came out of the bathroom, Biswa was there and he pulled her into the basement. He held her down, raped her and choked her. When she resisted and told him no, he slapped her, she said. She told police Biswa wouldn't let her out of the basement until she stopped crying.

She said she was ashamed and didn't tell anyone because she was afraid someone would hurt her family.

“I was afraid to tell my sister because I thought they could find her and do something to her,” she told police. In December, the girl’s mother took her to the doctor because the teen wasn't feeling well. They found out she was six months' pregnant. The girl told her mother and police that she’d been raped in the summer.

A $20,000 cash bond was ordered in the case Tuesday in court. Biswa was ordered not have contact with anyone under 18 years old, not to leave Dane County without court approval and to be on GPS monitoring while out on bail.