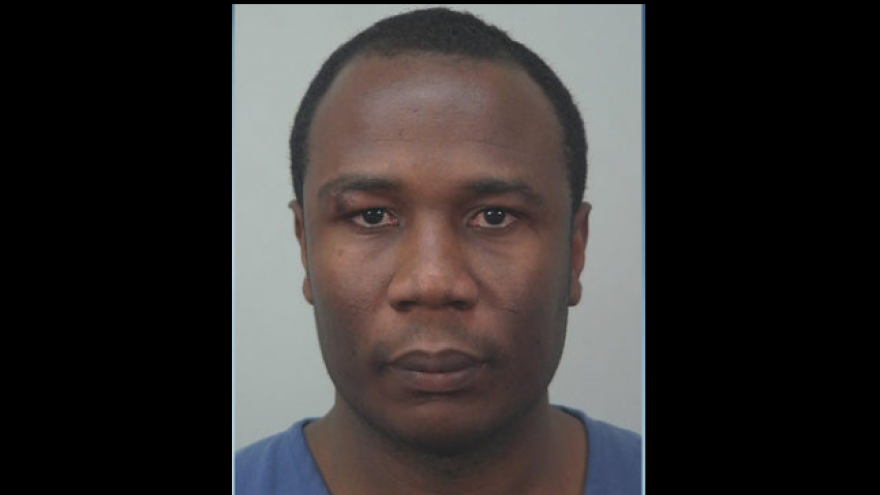 MADISON, Wis. - (WISC) An Uber driver is accused of knocking a Madison woman unconscious and raping her in the back of his car last week, according to a document filed in court.

Doteh Albert Mensah, 36, of Fitchburg, is facing a second-degree sexual assault charge and a substantial battery charge in connection with an assault outside a west Madison home.

According to the criminal complaint filed Wednesday, the woman had been drinking at the Nitty Gritty in Middleton on Nov. 24 when she requested an Uber ride at about 11:30 p.m. The driver, Mensah, picked her up and drove her to her home, about 4 miles from the bar.

When Mensah arrived at the woman's house, he turned off the meter, got into the back seat and attacked the woman, the complaint said. She said she fought Mensah, and he punched her in the face, which she said she thought knocked her unconscious. She didn't remember anything from the attack after she was knocked out, she told police.

She went to the hospital Monday to report the rape, the complaint said. She had significant bruising across her torso, her nose was broken and her eyes were completely swelled shut, the complaint said. The bruises were consistent with someone using their hands to hold someone down, the forensic nurse examiner told police.

According to the complaint, police went to Mensah's Fitchburg home ON Monday night to arrest him. The officer told Mensah police were investigating a sexual assault, which Mensah said he believed was in reference to his last fare Friday. Mensah said his Uber account had been suspended for 48 hours, but that he was expecting to hear from Uber, at which point he would explain what happened. He told the officer he was surprised to see police.

Mensah had an initial appearance Wednesday, when his cash bond was set at $25,000. He was ordered not to have contact with the victim and can't be employed as a driver while on bond.

A preliminary hearing is scheduled for 2:30 p.m. Tuesday, according to online court records.