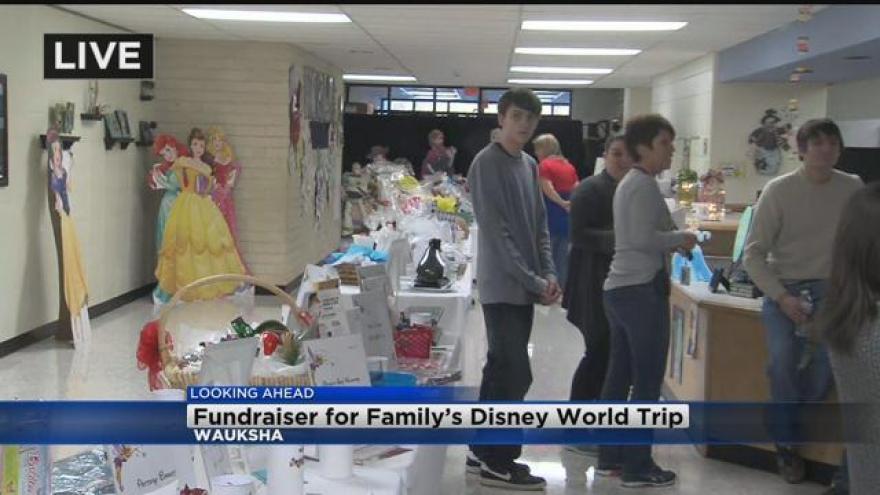 On Friday night, the community rallies around the family as they try to raise funds to make the trip a reality after a likely-fatal cancer diagnosis.

Todd and Laina Jerdon have 5-year-old and 3-year-old daughters.

Laina was initially diagnosed with breast cancer in January of 2014.

She had an aggressive and successful treatment undergoing surgery, chemotherapy, and radiation to leave her considered cancer-free by July of 2014.

In December of 2016, an intermittent headache and waves of nausea took Laina into Urgent Care.

It has been a long-time dream of Laina's to take the girls to Disney World.

Laina had set a goal to save for a trip sometime in 2018, but with the news, it is one of her dearest wishes to move that up.