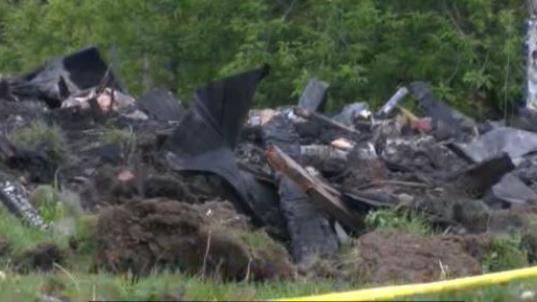 CBS 58--Shock is turning to mourning in Burlington, one day after authorities revealed a mother and son were killed and their home burned down after a domestic dispute.

Thursday night the community gathered for a vigil, put on by the Women’s Resource Center of Racine.

“I have two words for the community: love and forgiveness,” said Rev. Ebenezer Insor, who knew Kimberly and Nicholas.

Rev. Ebenezer says that means remembering the moments with Kimberly and Nicholas.

“He said he loved chess and so we developed that relationship and played chess together,” Rev. Ebenezer said.

But coming to terms with the two died isn't easy for those who knew them and even those who didn't.

“There's a lot of questions that come out of this time, and that's ok,” said Cherie Griffin, the executive director of the Women’s Resource Center of Racine. “That's part of the healing.”

Griffin says this is also a time to reach out to people who might be in a violent relationship, afraid to leave.

“That's the complicated nature of domestic violence is that there was once love and there still may be love in between the violence,” Griffin said.

Authorities say Kimberly was in the process of leaving when she was killed. Griffin says that is often the time these relationships turn deadly.

“This is the ultimate act of domestic violence because it's the last act of final power and control over a person's victim,” Griffin said.

Griffin advises anyone in a violent relationship to seek help when they decide to leave. You can find resources by clicking here.