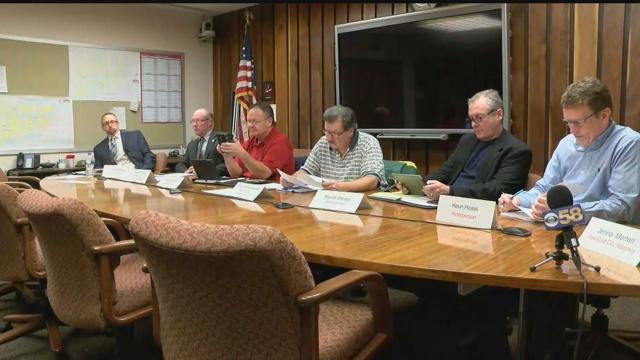 One of the store's owners tells us she had no idea the alleged criminal activity was going on and she plans to fight back.

"I had no idea any of this was going on," said Chaline Hart, who was at City Hall on Thursday.

All this after more than four hours of testimony, where we learned more about exactly why Becher's Corner Spot was in hot water.

A store employee who pled the 5th Thursday originally told investigators transactions involving stolen baby formula were happening at least once or twice a day.

But that's not all the city took issue with.

An investigator said at least six separate times between February and May of 2015, store employees illegally traded  cigarettes & cash to an undercover informant for WIC checks.

The store was also at one point operating without a valid liquor license.

A criminal investigator with the Wisconsin department of revenue also says there's indication some of the cigarettes in the store...were being illegally resold.

"There was a whole file drawer of them that indicated they were buying cartons of Newports from Pick 'n Save, which you can't do. I think I confiscated 25 of those receipts," said Georgeann King.

It's important to note, the committee said all claims were substantiated, except those relating to the WIC checks and baby formula, as those are criminal matters and will be dealt with in a different arena.

Also, this is just a recommendation by this committee. The full city council still has to vote on this matter before the licenses are taken away.