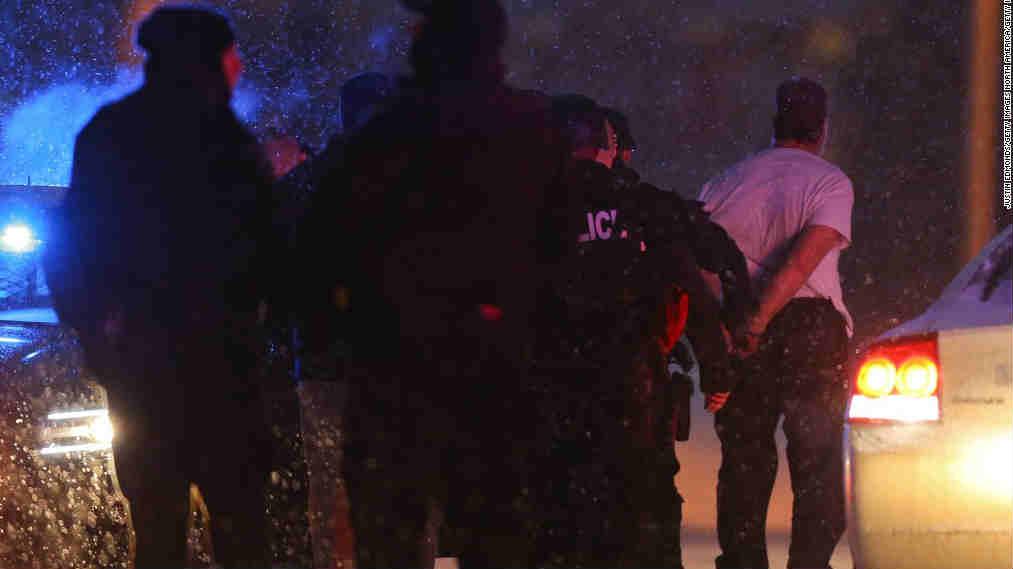 An alleged gunman surrendered to police Friday, five hours after he opened fire at a Planned Parenthood clinic in Colorado Springs.

Police Lt. Catherine Buckley said two civilians and one police officer were killed. The officer was from the University of Colorado at Colorado Springs police department, which was among the local law enforcement agencies that responded.

Four other officers and six civilians were taken to area hospitals.

The suspect's identity was not immediately confirmed by police. Authorities believed he acted alone, according to Buckley.

"It is too early to speculate on a motive," she said.?

At least three officers were injured in a shooting incident Friday near the Planned Parenthood in Colorado Springs, Colorado, Commander Kirk Wilson with the Colorado Springs Police Department told reporters. Wilson said that police were still in the process of trying to eliminate the threat.

Officials at hospitals in the area said they were expecting the arrival of four patients, one of whom had a gunshot wound to the arm.

A shopping center in Colorado Springs, Colorado, was on lock down Friday as police searched for a shooter near a Planned Parenthood facility there.

There's at least one shooter in the area, police Sgt. Kevin Miyakusu told CNN, and it's unclear if there are any injuries.

"Right now we don't know if there are any hostages," he said. "It is an ongoing situation."

Brigitte Wolfe, who said she works in the area of shooting, told CNN that she saw about five officers behind a building with their guns drawn, as well as about three SWAT vehicles and roughly seven police cars from her vantage point in a strip mall that's across the street from the Planned Parenthood. A grocery store and bank are nearby, Wolfe noted.

Miyakusu said he didn't know of any injuries, adding that police are only aware of a single shooter.

"It is a very fluid situation," he said.

Colorado Springs police tweeted that the shooting took place on Centennial Boulevard. A newspaper in the city, The Gazette, reported that traffic was shut down in both directions on that road and that customers were told to stay put in a nearby grocery store and shops.

That sentiment was echoed by Colorado Springs police, who warned around 12:20 p.m. (2:20 p.m. ET) that the area was "not secure" that those in a nearby shopping center should "shelter in place."

At a grocery store in the shopping center, an intercom announcement told shoppers not to leave.

The city, in the central part of the Colorado, has more than 400,000 residents.

It was not immediately clear whether Planned Parenthood was the target of the shooting.

The group says each year 2.7 million people in the United States visit its health centers for health care services and information.