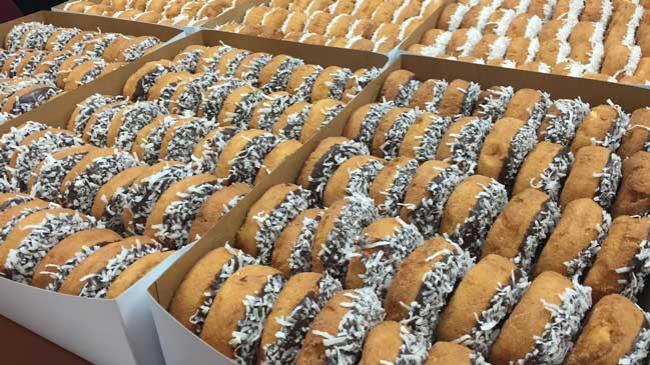 A man from Los Angeles who sent 20 dozen coconut doughnuts to the UW-Madison Police on Monday organized a donation of $1,000 to the Salvation Army where the police donated the doughnuts.

The man posted an email receipt from the Salvation Army to the original post on Imgur.

The man said him and his friends who recently visited Madison from Los Angeles, Washington DC, London, and Hong Kong wanted to donate after the countless news articles from around the world about the doughnuts.

“We wanted to thank the city by donating $1000 to the The Salvation Army of Dane County, the organization that received the coconut donuts from the UW-Madison Police Department. We noticed numerous comments about the admittedly "not so awesome" donuts that went to the shelter, so we wanted to make a contribution to help them get something they'd appreciate a bit more during the holiday,” posted the man on Imgur.

University of Wisconsin – Madison’s Police Department received on Monday 20 dozen coconut doughnuts from a Badgers fan that was ejected from the football game, according to a post on the department’s Facebook Page.

The email chain between police and the fan was posted to Imgur.

The police emailed the sender of the donuts thanking them for the donuts.

“There’s no way we’ll be able to eat 240 donuts… we only have a staff of 130 here at UW-Madison Police Department… so we plan on donating them to a few local homeless shelters,” said the police in the email.

The fan replied that the delivery was tongue-in-cheek, gratitude for the Police Department and disdain for being ejected from the game.

“Donuts are awesome, but coconut donuts are not so awesome,” said the donut donater.

The fan said he flew in from Los Angeles to attend the game, and his friends were assigned to a different section of the stadium then him.  When he attempted to join his friends, he was surrounded by officers who explained he would be ejected and banned for the day.

“I’m sure the job jades you, but please remember that not everyone has nefarious intentions,” said the fan.

The police emailed back their apologies for the fan’s experience at the stadium.

“You’re exactly right. Coconut doughnuts are not so awesome. That’s why I thought this probably wasn’t a thank you delivery for our staff. I’m glad I found you and reached out,” wrote the officer.

The doughnuts were donated to the Salvation Army Women’s Shelter.