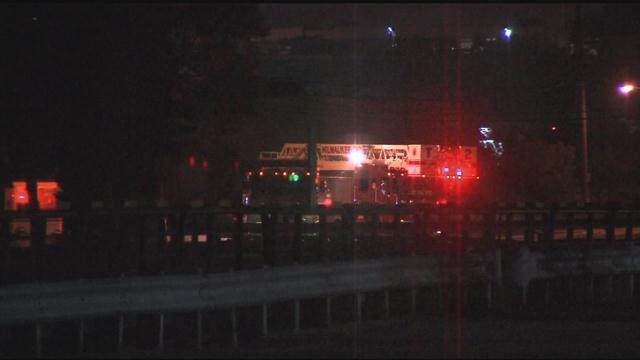 Coast Guard along with crews from the Milwaukee Police and Fire Departments, responded to a report of the boat that crashed into the breakwall of the Milwaukee Harbor late on Labor Day.
“While the accident is still under investigation and the causative factors have not yet been determined, we do know that none of the individuals involved were wearing lifejackets. The Coast Guard encourages boaters to wear life jackets at all times when on the water, as statistics prove they save lives,” said Cmdr. Leanne Lusk, chief of response at Coast Guard Sector Lake Michigan.
Coast Guard received a report at about 10:45 PM that a boat was seen traveling at a high rate of speed near the breakwall of the Milwaukee Harbor. Witnesses heard the crash followed by screams.
Rescue coordinators issued an Urgent Marine Information Broadcast.
The witnesses also contacted local fire and police marine units.
The rescue crew found two women in the water near an overturned 18-foot boat in the vicinity of the north entrance of the Milwaukee Harbor. The crew pulled the women out of the water and transported them to shore, where local EMS was waiting to take them to a local hospital. One of the individuals rescued from the water said there were two more passengers who were still missing.
The Coast Guard then launched a helicopter crew from Air Facility Waukegan, Illinois to assist in the search for the two missing individuals.
After a short time, two men were recovered, brought back to shore and transported by EMS to a local hospital.