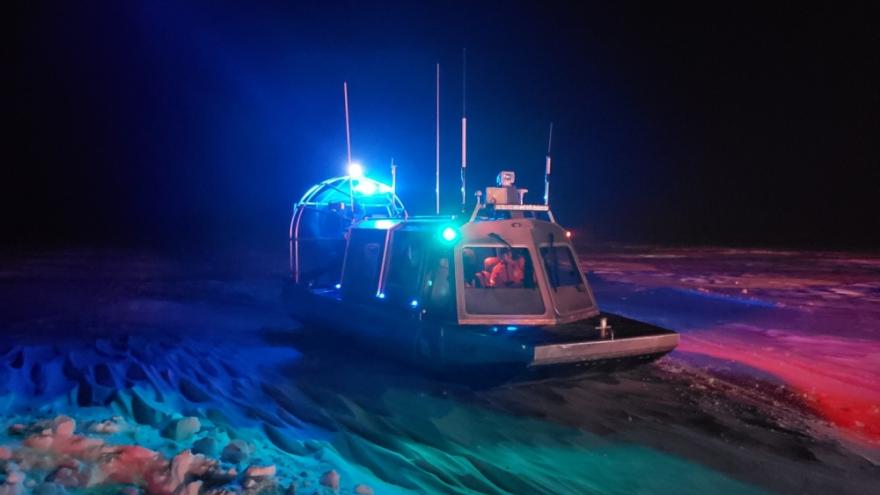 A crew rescued seven fishermen who were stranded on the ice. 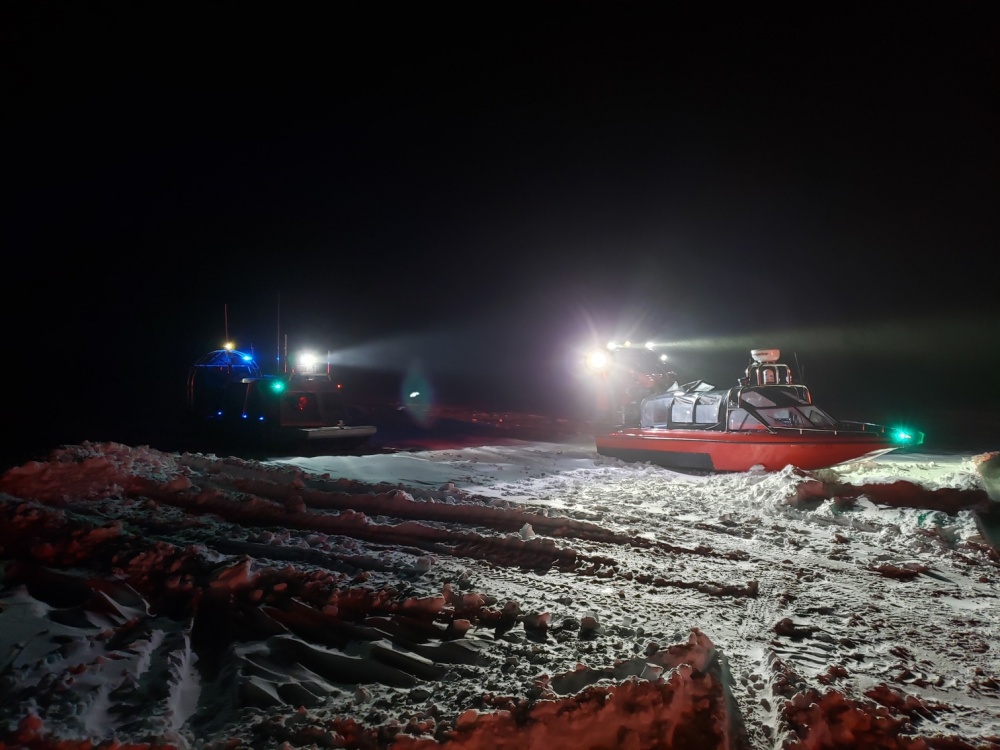 They were in an ice shanty but they couldn't get back to shore because of the subzero weather and because they were having problems with the utility vehicle that got them out on the ice.

Coast Guard crews used air boats to pick them up and bring them to shore.

Everybody appeared to be okay.