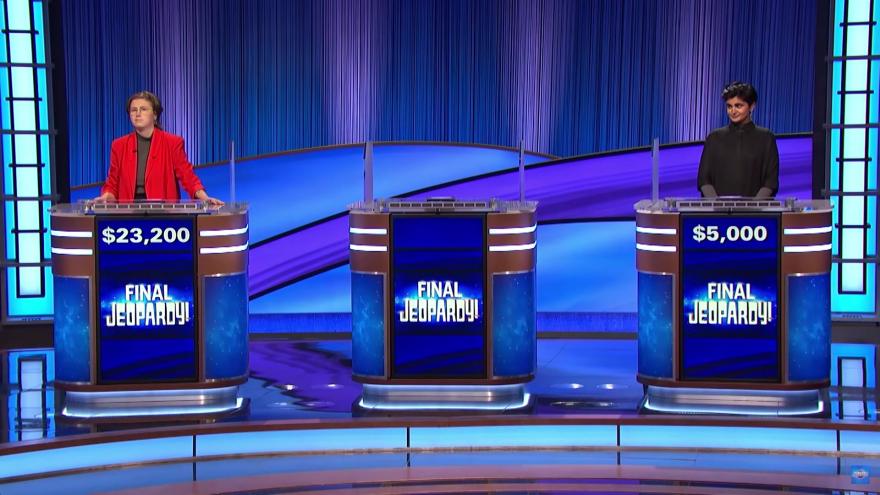 The category was African surnames, but it was a little more than that.

"Adetokumbo, the crown has returned from overseas, is fitting for the Adetokumbo family who left Nigeria for this country in 1991."

Ken Jennings called it a "sports clue in disguise." The answer: Greece!

Yes, Adetokumbo was the family and original surname of Bucks superstar and MVP Giannis Antetokounmpo. Only two contests make it to final and it was Reya Sehgal, who guessed correctly.