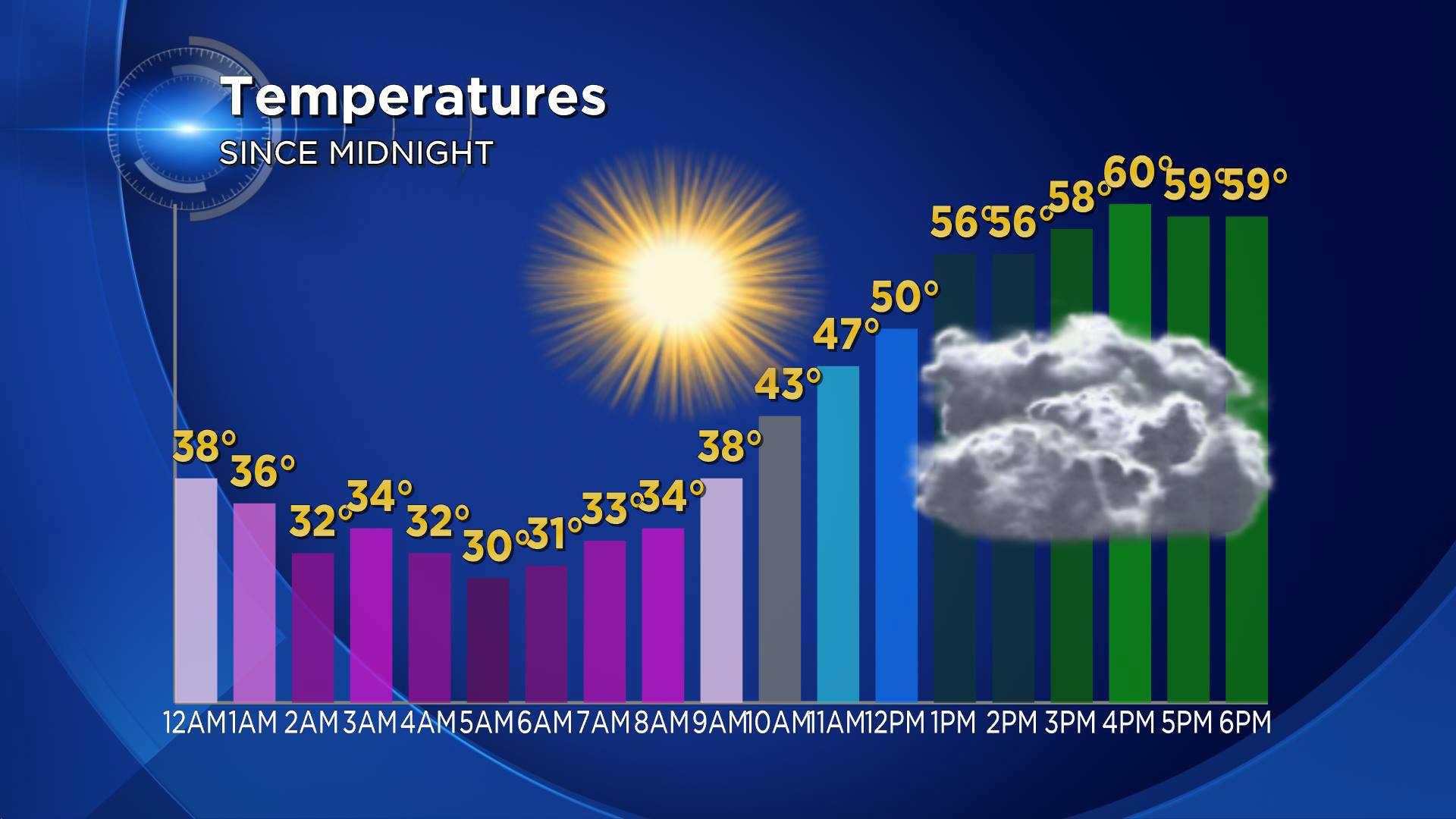 Today we had breezy winds (gusting to 25 mph), low moisture (dew points in the 30s), and skies that started clear but quickly became overcast in the afternoon. During the morning, breezy winds were the only aspect preventing temperatures from quickly warming, but that wind was coming from the southwest ushering in some warm air. All of these \"ingredients\" allowed temperatures to increase quickly in the morning.

By early afternoon (~1 PM) overcast skies had taken over Milwaukee preventing temperatures from warming past 56°. It wasn't until skies began to clear up that temperatures moved once more to an official high of 60°.

The clouds will stick with us overnight which will prevent temperatures from falling to far. Expect temperatures on Monday when you wake up to be in the lower lower to middle 40s! This mild start combined with a mix of sun and clouds, light winds and low moisture will allow temperatures to surge into the lower 60s by Monday afternoon. Enjoy it while we have it because on Tuesday temperatures return to average.