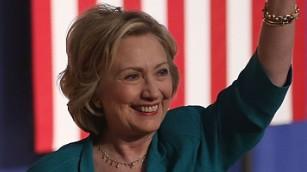 Washington (CNN)Hillary Clinton explained on Sunday that she won't use the term "radical Islam" because it "sounds like we are declaring war against a religion."

"It doesn't do justice to the vast number of Muslims in our country and around the world who are peaceful people," Clinton said in an appearance on ABC's "This Week."

Opinion: Should we call it 'radical Islam'?"No. 2, it helps to create this clash of civilizations that is actually a recruiting tool for ISIS and other radical jihadists who use this as a way of saying, 'We are in a war against the West -- you must join us,'" she said.

Clinton has faced criticism in recent weeks for -- like President Barack Obama and other Democratic candidates -- refusing to use the term "radical Islamic terrorism" in the wake of ISIS attacks like the shootings in Paris.

Republican presidential candidates have argued it's important to denounce, but Democrats, including President Barack Obama, have sought to resist linking the religion to jihadist attacks.

She said it's important to fight ISIS via air strikes and ground combat led by Arab militaries -- but also online.

"They cannot permit the recruitment and the actual direction of attacks of the celebration of violence by the sophisticated Internet user," she said. "They're going to have to help us take down these announcement and appeals, particularly as they get up."