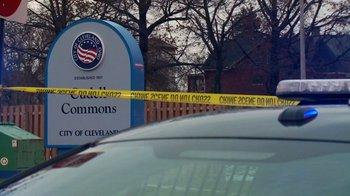 Nearly two years before he shot and killed a 12-year-old who had an air gun, Cleveland Police Officer Timothy Loehmann resigned from another police job after a supervisor described him as \"distracted and weepy\" and \"emotionally immature.\"

Records from the Independence Police Department obtained by CNN include comments from a supervisor detailing what they called \"a pattern of lack of maturity, indiscretion and not following instructions,\" a \"dangerous loss of composure during live range training\" and an \"inability to manage personal stress.\"

\"I do not believe time, nor training, will be able to change or correct these deficiencies,\" Independence Deputy Chief Jim Polak wrote in a November 2012 memo.

Now Loehmann, who could not be immediately reached for comment, is one of two Cleveland police officers under investigation after the fatal shooting of 12-year-old Tamir Rice last month. Police have said the boy was shot after pulling out an air gun that looked like a real firearm.

Loehmann joined the Cleveland Police Department in March. A Cleveland Police spokesman said Thursday that during a background check before hiring Loehmann, his department didn't review the officer's personnel file from Independence, a suburb south of the city. Detectives did speak with the Independence human resources director, the spokesman said.

\"During that interview detectives inquired if there were any disciplinary actions or incidents that Cleveland Police should be aware of prior to hiring Loehmann, at which point they were told there were none,\" Sgt. Ali Pillow said. \"The reason for departure indicated was resignation. Officer Loehmann indicated that he resigned for personal reasons, which was substantiated by the City of Independence.\"

According to the records, Loehmann worked at the Independence Police Department as an officer until December 2012, when he submitted his resignation \"for personal reasons\" after he was told that a disciplinary process of separation had begun.

\"Ptl. Loehmann's inability to perform basic functions as instructed, and his inability to emotionally function because of a personal situation at home with an on and off again girlfriend leads one to believe that he would not be able to substantially cope, or make good decisions, during or resulting from any other stressful situation,\" Polok wrote.

Another memo from a sergeant who worked with Loehmann at a shooting range described the officer as \"distracted,\" \"not fit to return\" after an emotional outburst and someone who was \"not following simple instructions.\"

An Independence spokeswoman said in a statement that the city had made all personnel files for Loehmann available.

Loehmann has been on paid injured leave since November 22 after injuring his ankle in the shooting, Pillow said. His partner is also on paid administrative leave

The shooting has sparked criticism from community members who accuse police of unnecessary violence.

Police said it's not clear if the responding officers involved in the shooting received information about the age of the suspect or the gun being \"probably fake.\"

Fred Loehmann, Timothy Loehmann's father, told the Cleveland Plain Dealer this week that his son didn't know the boy's gun was fake or realize he was 12 years old.

\"I was right there and he went for the gun,\" he recalled his son saying, according to the newspaper. \"I had no choice.\"

Efforts by CNN to reach Loehmann Thursday were not immediately successful.