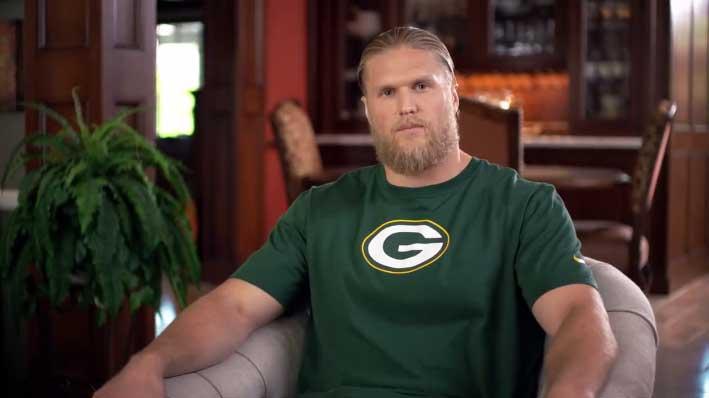 Procter and Gamble has teamed up with Green Bay Packers linebacker Clay Matthews in a commercial about using their products in an effort to “fight a Turkeypocalypse.”

Matthews stars the commercial released Tuesday, to help the 80 million Americans expected to watch NFL football on Thanksgiving prepare for the Turkeypocalypse.

The PSA begins with Matthews introducing Roger, a die-hard Packers fan who painstakingly recounts how Turkeypocalypse caused him to miss the biggest play of a 2011 Thanksgiving Day game. While Clay consoles a distraught Roger, he implores everyone to avoid meeting the same fate by relying on P&G Home Care products including Dawn, Cascade, Swiffer, Bounty and Febreze to quickly clean up any mess.

“We want everyone to tackle Thanksgiving cleanup as quickly and easily as possible and get back to the things that matter most. None of us want to miss any football or family time on Thanksgiving,” said Janet Fletcher. “Our brands Dawn, Cascade, Swiffer, Bounty and Febreze, are insurance that even the Turkeypocalypse won’t keep Americans away from any NFL action on Thanksgiving.”