City of Kenosha takes down basketball hoops to end violence 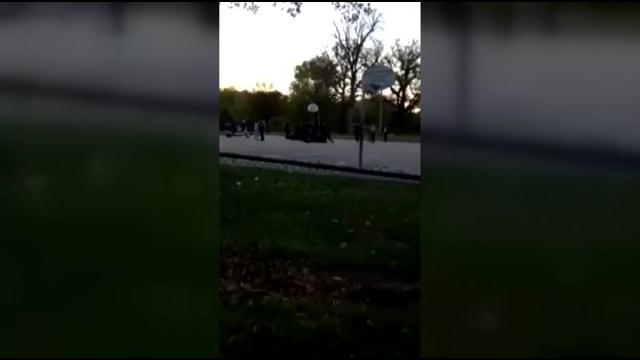 Dozens of fights led Kenosha to taking down Lincoln Park's hoops. Teri Buttera says her son practices on the courts and is angry the hoops are now gone.

Buttera says, \"I don't believe that taking out the hoops is going to solve anything.\"

The Kenosha Mayor says police had two dozen police calls in the last three weeks and took down the hoops as a precaution until the city comes up with a way to solve the problem.

Keith Bosman, Kenosha's Mayor says, \"Would like to come up with some kind of plan to change the habits of what's going on there.\"

But families are upset because a former professional basketball player Brandon Morris was supposed to host a camp.

Timothy Nieman, Athletic Director of Lincoln Middle School says, \"There's a free basketball camp he runs here this weekend was supposed to be the first weekend unfortunately it's going to be canceled.\"

Tony Moore says you don't see any other city taking down hoops to solve problems.

Tony Moore, a resident says, \"Is this what we're going to be known for when we have problems. We're all in this together this is our moment what are we going to do at this moment it's going to show we as a community love our youth.\"

The mayor says he hopes to have the hoops up in the next several weeks.