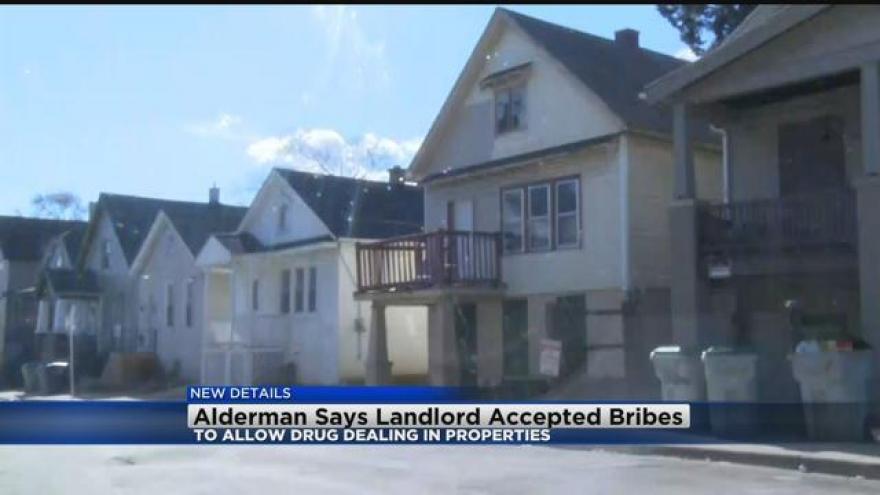 Twelve south side rental homes have been linked to drug activity and prostitution. The city alleges the landlord may have been involved in that illegal activity. The City of Milwaukee filed a lawsuit on Monday to shut down and sell the homes.

A city attorney on the case says police will look into any illegal activity landlord Kenneth Churchill is involved in, as well as his tenants.

Churchill is still the landlord at his twelve Milwaukee rental homes. All properties lie in Alderman José Pérez and Alderman Bob Donovan's districts.

Alderman Donovan says the landlord may have taken "extra cash payments from tenants, to look the other way, if they were selling drugs."

"I've been on site at one of his properties. One of them was across the street. He wasn't at that one. I walked through it. I was stepping over syringes, mattresses, scales... and I also did South 5th Place, saw the same thing, and he was renting to the same person at both locations," said Pérez.

Some tenants are upset with the allegations -- crashing today's news conference about the lawsuit. One of Churchill's tenants said he felt he had to say something.

"We pay our rent. Everything's good. What he does at his houses with other people -- that's their business," said Agustine Santiago.

He says his family isn't involved in anything illegal, and now he's afraid he may be kicked out because of his landlord's reputation.

"I woke up to like 30, 40 of my friends tagging me like, 'Man this is your house,' 'They're talking about how people are prostituting and selling drugs,'" said
Santiago.

On March 3rd, a preliminary injunction hearing will be held. A judge will determine whether the properties will be shut down throughout the court case or if a new
landlord will take over for Churchill. If a new landlord takes over, they will inspect the properties and determine if the tenants are involved in criminal activity.