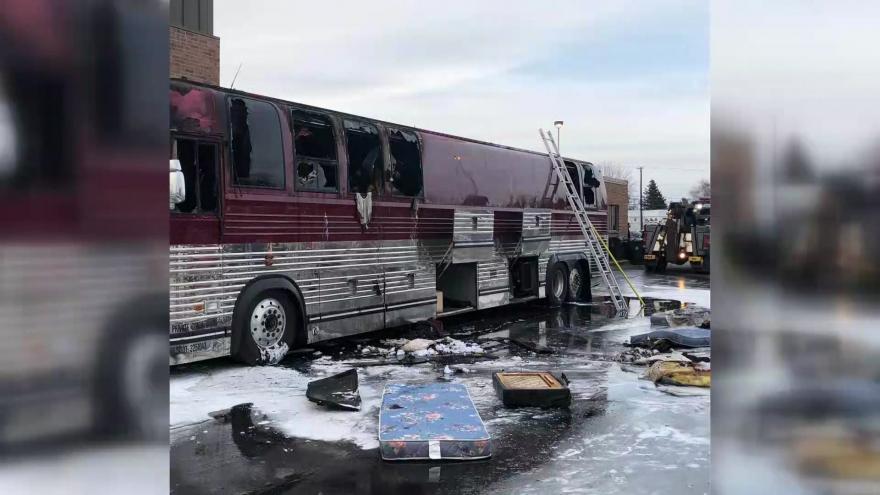 MILWAUKEE COUNTY (CBS 58) -- A day before they played before 500 at Wisconsin Lutheran College, Citizen Way singer Bel Calhoun watched their new bus be destroyed by fire right before a show in Michigan.

"And somebody ran down the aisle, hey your bus is on fire! And I go outside, and I'm just like ugh, and it was just yellow and orange with flames," said Calhoun.

His 11-year-old Ava daughter had planned to sleep on the bus but instead went inside to see a Q&A with the audience.

"I was very scared. It was just kind of nerve wracking. I wasn't expecting that. I was just in shock," said Ava Calhoun.

Nobody was hurt in the fire but it destroyed almost everything.

A firefighter was able to pull Ava's stuffed rabbit from the ashes.

With their brand new $100,000 bus gone, Citizen Way and their opening band got a ride to Wisconsin Lutheran with their fans.

"Tonight we're so thankful to be here in Milwaukee, we grew up in Wisconsin," said Calhoun.

Fans are thankful they made it.

"They've really helped me through a lot of stuff. Back a few years ago my school had a fire, and one of their songs really helped me go back to school after the fire happened," said Kathleen Reif, a fan.

"They're here and overcame this burning of the bus to be here, and they've got to be here for a reason," said Jennifer Reif, a fan.