Church Where Chalices were Stolen Asks for Suspects to Come Forward 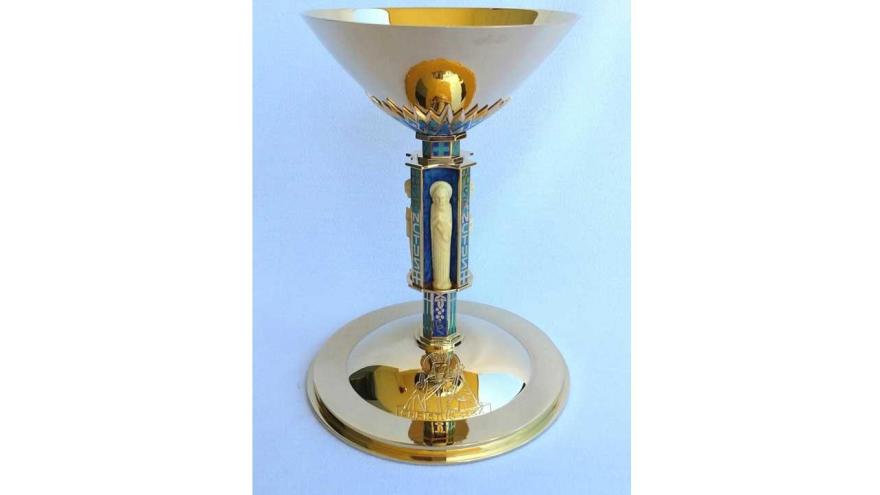 A Waukesha church is looking for answers, after two chalices were stolen earlier this week.

The pastor said church members are still wrapping their minds around what they describe as pretty sophisticated crime.

It's something unimaginable that happened in the house of the lord.

"We're very sad. The community has struggled with this," said Father Javier Bustos. "I know the meaning of those two chalices for this parish."

They belonged to a former pastor of the church, who bought them in Germany during his time serving in the military.

The church said suspects broke into a window, went through the basement and into a maintenance room to get tools to remove a safe where the chalices were stored.

"I have a hard time believing that someone close to our community, knowing the mean of those two chalices, would do something like that," said Bustos.

The thieves didn't stop there.

"They damaged our two monstrances. It's what we use for the adoration of our Lord."

Bustos said the room where the crime happened was left in shambles.

In spite of what happened, he said dozens of people in town have reached out to support.

"This is a beautiful community. It's been a time for us to come together and realize the true meaning of being a Catholic. Being a faithful Catholic," said Bustos.

Bustos said the items are covered under insurance, but since they mean so much, he's still hopeful someone will contact police.