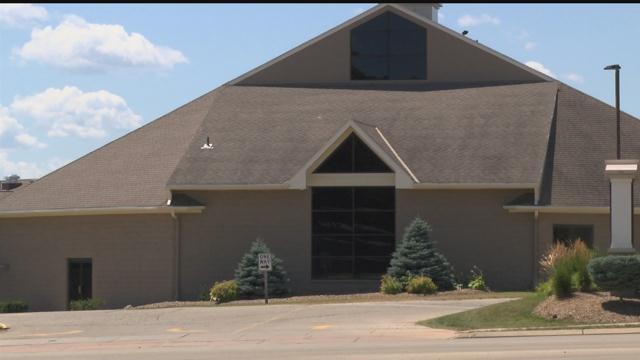 A church is being told to take it down a notch when it comes to their recruiting method. This after a 14-year-old is followed by a man in a van who tried to convince the teen to go to a church function.

It happened near Benjamin Franklin Elementary on July 20th.

Marilyn Owens lives nearby where the incident happened.

She enjoys spending time with her grandchildren and several days ago she was with them at a family reunion, but something happened that day still doesn't sit will with her.

\"He approached all the children while the parents were occupied in the picnic area  at the Rotary Park during our family reunion, finally some of the adults saw what was going on and walked over there,\" said Owens.

Owens said the man told them he was from Falls Baptist Church and was trying to  convince the children to attend a church event.

\"My 16-year-old walked over there and they tried to recruit him too, trying to get his phone number, names, and ages,\" said Owens.

It's the way they went about it that's she's uncomfortable with.

\"This was a total stranger approaching them with no parents around and asking them for phone numbers and names. We were very skeptical and we sent him on his way very quickly. When asked to leave, he did politely leave but the way it was approached, not good,\" said Owens.

Police said just days ago, a 14-year-old boy was riding his bike along Franklin Drive when he was followed by a man in a van. The man got out of the van and began to chase the boy. He called police. Police later found the the man who told them he was recruiting teenagers for a Falls Baptist Church event.

Police said they have talked to the church about their recruiting methods and told them to stop.