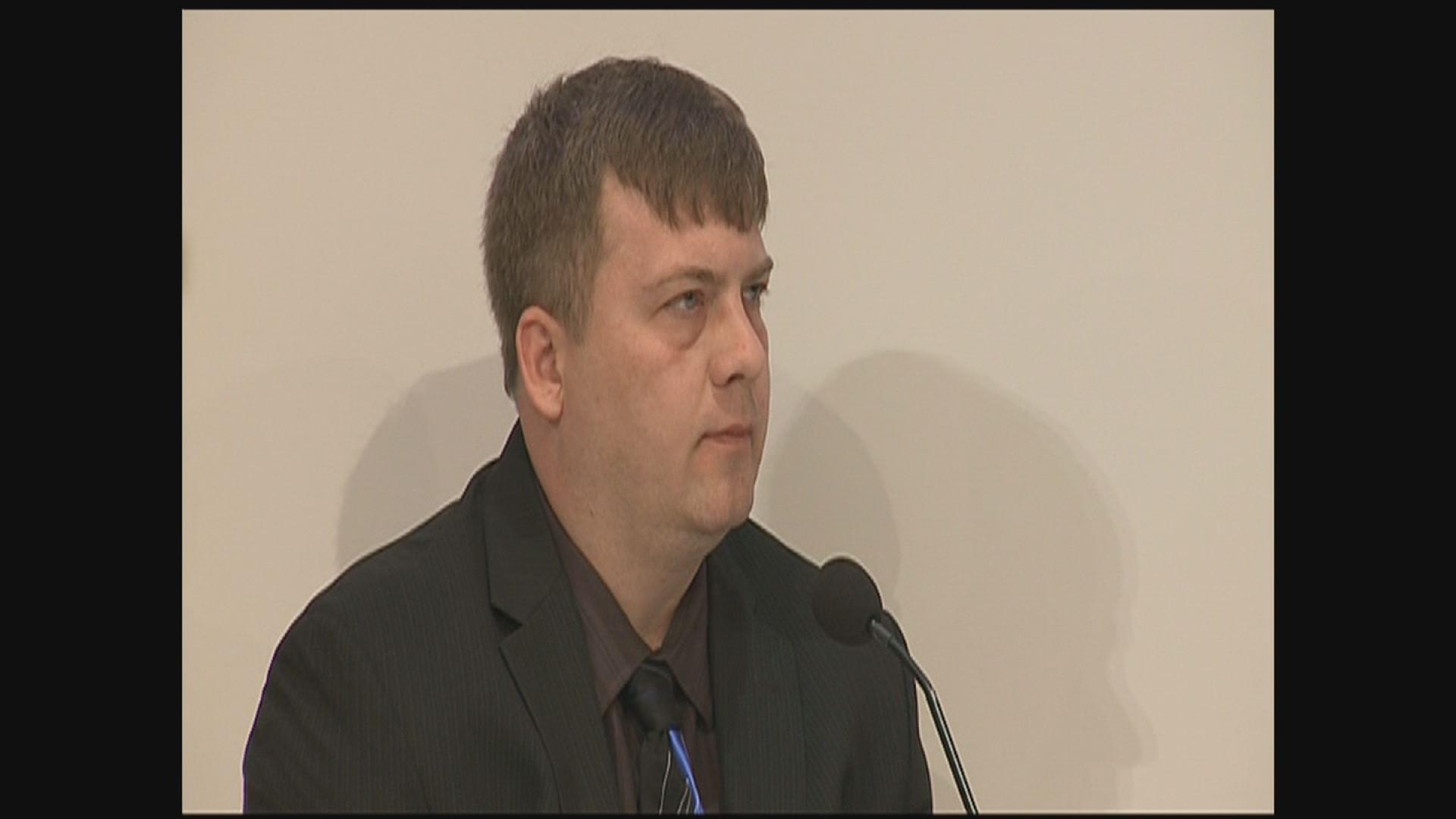 Christopher Manney tried until the very last minute of his appeals hearing to convince the panel he was good enough to stay on the police force.

For many it was the first glimpse of the man  who lost his badge for a pat down of Dontre Hamilton in Red Arrow Park last April.

That search escalated to a struggle for his baton and Hamilton was shot dead.

Chief Ed Flynn said Manney had no cause to search Hamilton in the first place and that such a search violated department protocol.

Manney had argued that he thought there was something in Hamilton's pocket that could be a weapon.

Even after the appeals panel, which is made up of three member of the Fire and Police Commission, decided the pat down was not justified, Manney in phase two of the hearing asked them to keep his career.

\"A lot of the media never got to see my face,\" said Manney looking directly at the panel that would decided his fate. \"But when I was on the stand I know you looked at me. I know you know I'm a man of honesty.If you feel I violated a rule. I understand that.  But I ask that you do not terminate me. I want to be a cop. It's who I am I've helped people my whole life. My career shows ever since I was 17 and that's what I ask of you.\"

That final plea failed to sway those in charge of his future, it will not be as a Milwaukee Police Officer.

Mike Crivello, the President of the Milwaukee Police Association, called the decision \"a travesty.\"

In a joint press conference with Alderman Bob Donovan, the two called the firing politically motivated.

\"I've met Christopher Manney,\" said Donovan. \"I know him to be a good officer and a good humane being.\"

Manney does still have the option to take his termination to municipal court.