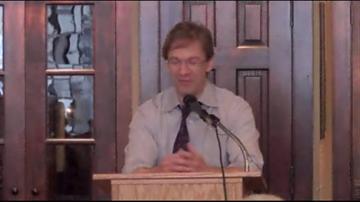 MILWAUKEE-County Executive Chris Abele says he is preparing staffers for the John Doe documents relating to the activities of staffers of his predecessor.

\"We'll do whatever we have to do to get what's shareable out,\" Abele told the Milwaukee Press Club at its Newsmakers Luncheon Wednesday.

CBS 58 Anchor Michele McCormack was on the panel of media representatives.

Abele said he was expecting instruction next week from the judge and possibly the documents themselves, to determine how exactly things might be released to the public.

\"How do we basically do this in a way that is a-political as possible,\" Abele explained. \"And honors the public's right to know because it's something I strongly believe in that and protects privacy.\"

He will have to pull in workers from other offices and might even have to hire extra legal help.

He expects to get the judge's instructions and possibly the documents themselves in a week or so.