Child With Alopecia Dazzles On ‘Crazy Hair Day’ At School 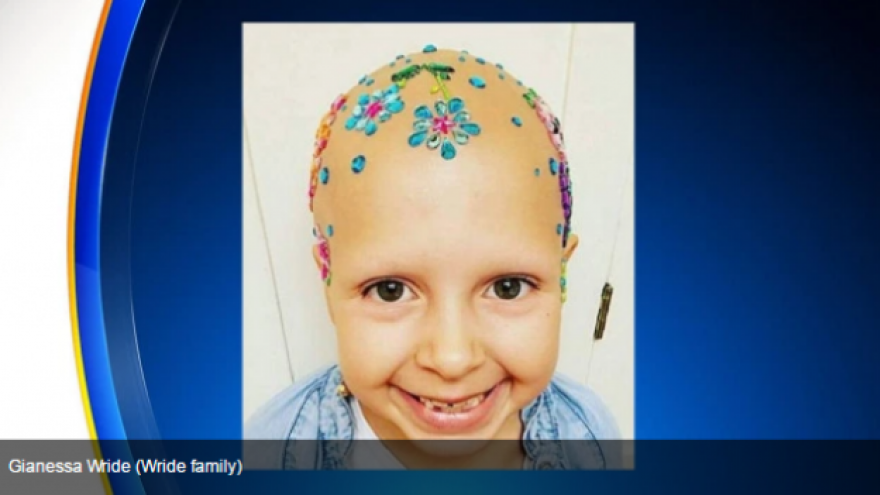 SALEM, Utah (CBSDFW.COM) – A 7-year-old girl with alopecia thought she was going to have to miss out on “Crazy Hair Day” at school.

That turned out not to be the case.

Gianessa Wride wanted to participate, and she and her mom came up with a creative idea to make that happen.

First, they headed to the craft section at Walmart.  Then they put dazzling stickers and flowers on Gianessa’s head, Salt Lake City CBS affiliate KUTV reported.

“When I walked in, everyone was crowding me about the jewels,” Gianessa said to KUTV.

She enjoyed it so much she said she wants to keep and add to the designs on her head.

She and her mom said they hope their story will give other kids and those with alopecia confidence to embrace their uniqueness.

“You have to teach your kids, life isn’t fair, you have to be able to adapt and change and make it your own,” Daniella Wride said to KUTV. “Whatever you’re going through, even if it’s tough, if you have alopecia, still be confident, be yourself, and bald is beautiful.”

It all started a few months ago when Daniella noticed a problem with her daughter’s hair.

“I started to brush it, and there was a lot of hair coming out with the brush,” Wride said.

A doctor said Gianessa may have alopecia, an auto-immune disorder that causes hair to fall out. Before her dermatologist appointment arrived a few weeks later, Gianessa had lost all her hair.

“I think I took it harder than she did; I would just bawl and cry sometimes,” Daniella Wride said.

But any sadness has turned into an embracing attitude of Gianessa’s new reality.

“You have two choices,” Daniella Wride said to KUTV. “You can either be sad about it and be miserable, or you can make it into something fun and enjoy it.”