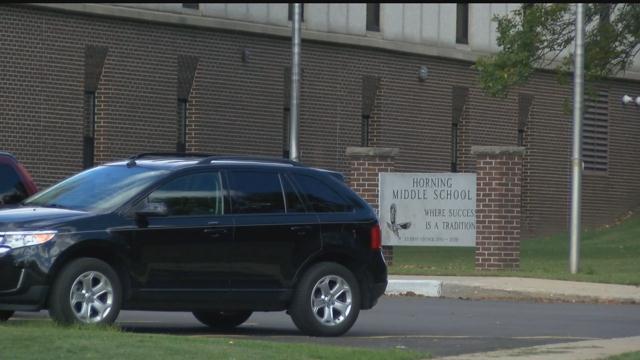 A group of Waukesha middle schoolers are in trouble after police say they spread around nude images of a fellow student.

Investigators with the Waukesha Police department say the pictures ended up on iPads owned by the school district.

"I don't know specifically if the photos were taken at the school. However, I know a school-owned-device was used to take the photograph and then to share the photograph," Habanek said.

Habanek is in charge of investigations of sensitive crimes for the city of Waukesha. He declined to go into detail on this case.

But a local newspaper published an early account (citing police) reporting the actions of three girls and one boy are under investigation after they took photos with their iPads of another student who was posing nude in a school bathroom.

A press release issued by the Waukesha School District said that account is false and the pictures were not taken at Horning Middle School. District superintendent Todd Gray also says the student used their cell phones to take the pictures which may have later sync with the iPads.

"Both of those are felony charges," Sgt. Habanek said.

Ultimately it will be up to the district attorney to dole out charges.

"It's a difficult problem. I think we should put a lot of restrictions on them. I think these iPads should be restricted," Sgt. Habanek said.

Authorities say the iPads are loaded with filters allowing for some control, however, investigators say the images were shared using a common photo-sharing app but declined to say which one.