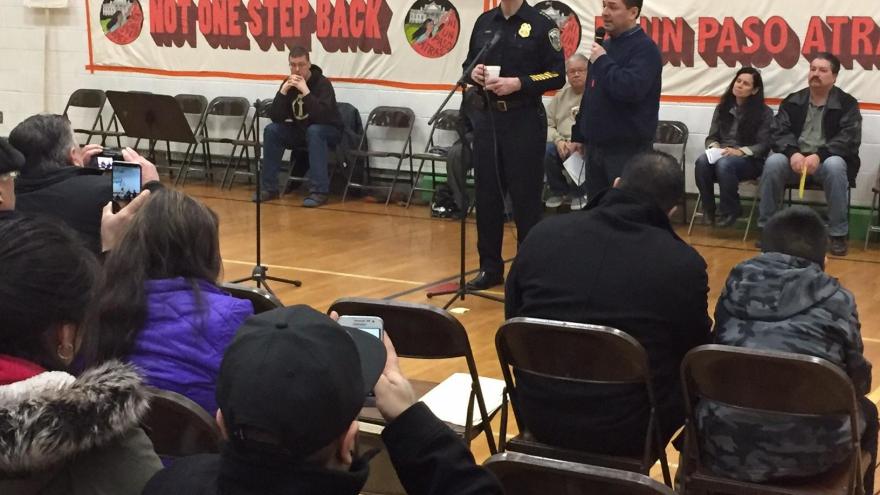 Part of the order calls for local police departments to enforce immigration laws. Flynn says that won't be happening in Milwaukee.

"The role of our local police department is to protect them, that's our roll," said Flynn. "We're not here to terrify them, or pull them out of their houses or pull them off work sites and inquire as to why they're illegally in the United States."

Flynn's comments were greeted well by County Supervisor Marina Dimitrijevic, the author of a bill that would help protect illegal immigrants in Milwaukee County.

Flynn's comments are in stark contrast to Milwaukee County Sheriff David Clarke's, who has consistently sided with President Trump on his immigration stance.

"He probably will get in the way on this and say everything he can do to scare the hell out of people, but mercifully, he has very little role," said Flynn.

Flynn said it's unclear how Clarke's role in charge of the county jail could impact immigration enforcement.

Flynn said his department's policy also refrains from asking about legal status. He says the department will continue a long-standing practice of alerting federal authorities when a criminal alien is arrested in Milwaukee.