Chief Flynn on State Funding for Milwaukee: "Hopefully We Can Get Beyond Who Wears a Blue Tie and Red Tie" 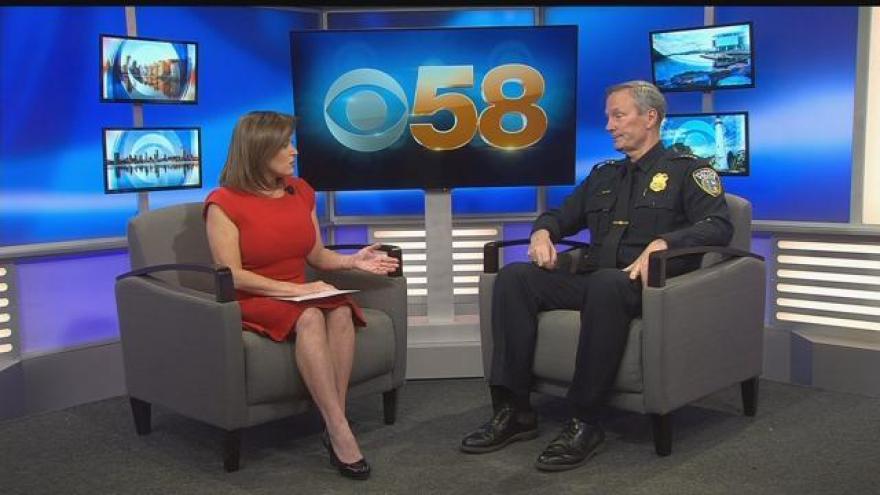 Chief Flynn speaking in depth Friday with CBS 58's Michele McCormack over concerns that the state is not paying its fair share when it comes to funding for the city of Milwaukee.

"There's a false narrative that somehow Milwaukee is an economic basket case," explained the chief. "The point is, the economy of Milwaukee is robust and we are generating more revenue for the state than the state is returning to the city in terms of shared revenue."

Chief Flynn pointed out that his department not only polices residents, but everyone who comes to visit Milwaukee, whether its a demonstration, ball game or concert.

"I think there are some discussions that go beyond policy and data and enter the realm of politics. Hopefully we can get beyond who wears a blue tie and a red tie on and look at the fact that the city represents a large chunk of the population. The city is all in for its component of public safety than any other unit of government."

The Chief says money could go towards more officers and update the fleet of vehicles at a faster rate.

"We've got 15% of our fleet in the shop because it's old and needs repairs. We're not asking for charity. We're asking for the shared revenue that we used to receive."

Chief Flynn responded to critics who says he's picking and choosing which laws to follow when speaking out against President Trump's new executive order on immigration.

Flynn did not back away from his earlier comments where he likened it to officers bursting in and removing people from their homes or workplace.

"This police department has always notified ICE when we had a criminal in custody. When we arrest someone for a serious crime, we notify ICE. What we don't have do is have the power to detain someone simply because they're out of status. It's a civil violation. We don't want the authority. Our plate is full."

He also responded to two recent stories by CBS 58 News about judges who from the bench, recently criticized low bail for defendants charged with violent crimes and said they would send a message to in sentencing to curb the trend of teenagers involved in carjackings.

"We keep hearing from critics that prison doesn't work. I don't know what that means. It doesn't turn sinners into saints. That's true. But what prison and jail can do is incapacitate offenders so they can't commit crimes and bring justice to victims. In the last few years there's been this movement to de-incarcerate people. It's a mistake in carjacking and thefts and robberies and shootings. It's good to see some judges taking it seriously. Because those messages need to be sent."