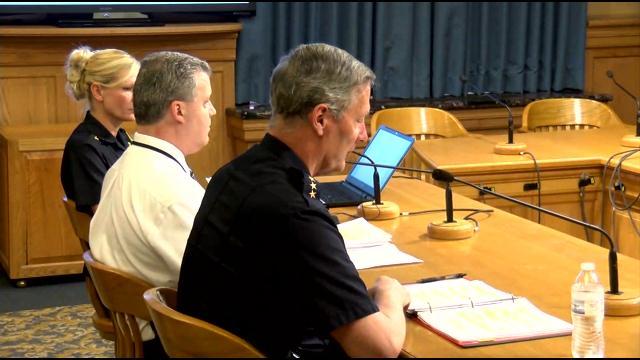 Chief Flynn strongly defended his department to the Common Council's Public Safety Committee. They questioned the January failure of MPD's Mediasolv system that put thousands of witness and suspect interviews at risk, including some with the man suspected in the murder of one-year-old Bill Thao.

\"The criminal justice system did not collapse, nobody was exonerated of a crime, nobody went free cause evidence wasn't procured, no cases were downgraded. Nothing has happened,\" Flynn said.

Technology Division Director Chuck Berki set straight how and why the video recording operation broke down.

\"In the process of the system performing a recovery on those two failed drives, another one failed, making the system inoperable,\" Berki said.

The 4-year-old program was built to withstand two simultaneous failures. However, an unprecedented third one crippled the system. MPD is now working with a New York agency to recover those critical interviews. Alderman bob donovan questioned Burki whether the IT department was vigilant in their work.

\"I just want to clarify that you're confident that everything was done by your personnel, by your department to avoid any kind of breakdown and for some reason we just saw this catastrophic breakdown, correct?\"

Burki confirmed that was correct. Also at issue, the very word \"catastrophic.\" Chief Flynn says they're blowing it all out of proportion.

\"It wasn't a catastrophe, our thing broke, okay? We had a thing break, we fixed the thing going forward.\"

That fix will cost upwards of $50,000. Alderman Donovan wants a third party audit of the department.