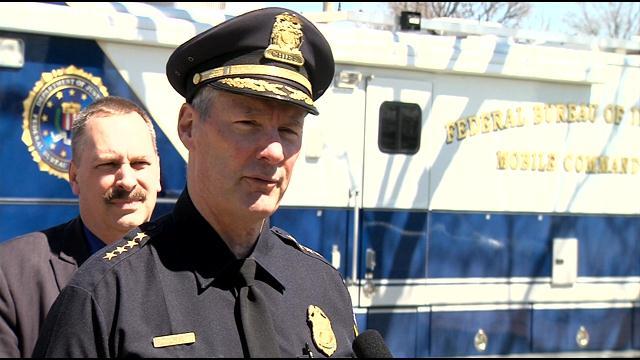 Police hope a recent round of arrests of nearly a dozen men and women ages 20 to 60 will allow them to stem the influence of the Wild 100's or Wild 100$ criminal enterprise on the streets of Milwaukee.

On Thursday Police Chief Ed Flynn said it was part of a broad and far reaching plan.

\"This was part of a strategy that's taking place in every district in this city,\" explained the Chief. \"The strategy is to not only respond rapidly and effectively, thoughtfully and tactically to episodes of violent crime,  but also to look for offender groups that have a disparent impact on the total amount of crimes in their neighborhoods.\"

Since September there have been 180 arrests with charges of 180 felony counts and the seizure of more than 35 firearms.

Some are  implicated in last December's murder of 13 month old Bill Thao who was struck by bullets fired into a duplex where his family had gathered.

It later turned out the suspects had targeted the wrong duplex in a dispute over drug dealing.

The Wild 100's are linked to multiple carjackings, car thefts, and robberies.

In fact some suspects are known to steal up to five cars a night.

\"This is a group that actively tries to recruit new members and particularly tries to attract impressionable young people by producing high quality rock recruitment videos,\" said Chief Flynn. \"As well as bringing them into the gang through stolen cars.\"

In fact Chief Flynn says a 16 year old member was at the center of a police pursuit that ended in a five vehicle crash at 20th and Capitol late Thursday night.

The teen had been wanted since February since squandering an opportunity at one year probation for car theft.

Chief Flynn says police and social workers had been working with the family to try to get him out of the gang lifestyle.

The teen was revived at the scene by one of the pursuing police officers.

Two others were hurt.