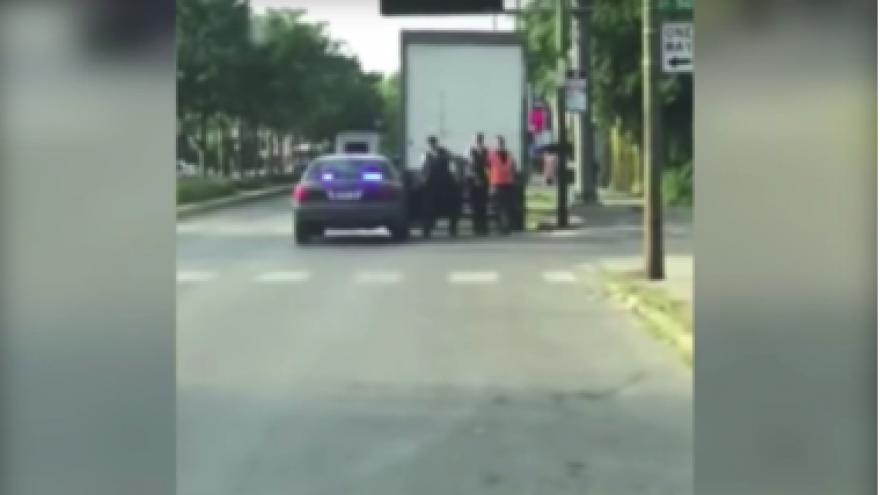 Police say boxes of guns have been stolen from containers in rail yards, leading to more guns on the streets. So they launched "operation trailer trap" to catch thieves.

But CBS News correspondent Adriana Diaz spoke with residents who believe officers tried to lure them into committing a crime. Activists say it's biased and unethical.

The video shows what appears to be a routine traffic stop. Police pulled over a cargo truck last Friday, then appeared to arrest the driver, who was really part of a sting operation.

The day before, residents spotted the same vehicle, parked on a different street. This time, police arrested a man who allegedly broke into the unmarked semi.

"They want us to build a relationship with them, but when they start pulling tricks up their sleeve like this, you can't trust them," he said.

"They had been experiencing a lot of theft of firearms over there, so we have a responsibility to keep these firearms off the street and out of the hands of the wrong people," Johnson said.

"Many members of this community say this is not helpful, this is hurting, this is straining relations," Diaz said.

"I understand that which is why I said we're going to take a hard look at it," Johnson said.

Norfolk Southern said there was a lot of "misinformation" about the operation, noting three men who were arrested were seen on surveillance videos cutting open the trailer's safety seals and running off with the shoes inside.

McKenzie agrees that people shouldn't be breaking into trucks.

"That's wrong," he said. "But if you put something in a community where no one have nothing to do or no money... what do you expect?"

Chicago is the nation's largest rail hub, and across the country the FBI says cargo thieves stole nearly $27 million worth of goods in 2016. This year thefts are actually down, according to the security network CargoNet -- except for Illinois, where thefts have gone up.