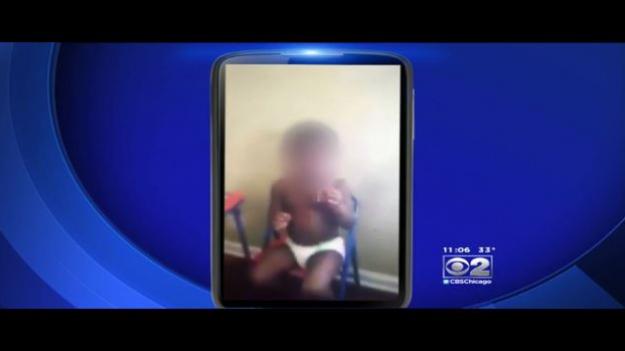 (CBSNews) - Chicago police are investigating after a video surfaced that appears to show a child of about 4 or 5 smoking marijuana, reports CBS Chicago.

In the video, a person off-camera can be heard coaching the boy to "inhale it" as the child smokes what appears to be a marijuana cigarette. It doesn't appear that it's the child's first time smoking weed, as he seems unusually comfortable puffing a cloud of smoke.

Community activist Andrew Holmes received the video from a tipster who wanted to remain anonymous but was concerned about the boy's welfare. Holmes passed the video along to detectives, who were trying to track down the child and the person who provided him with the drug.

Sources said an IP address associated with the video was traced to west suburban Bellwood but police would not confirm that was the case.

"I'm very worried, because there ain't no telling how long this child has been smoking, and this child may have behavioral problems later on in life," said Holmes. "I don't want this child to become a drug addict, so I'm seeking immediate help to identify this child, and also the perpetrators."

Whoever gave the boy the marijuana could be charged with child endangerment, the station reports.