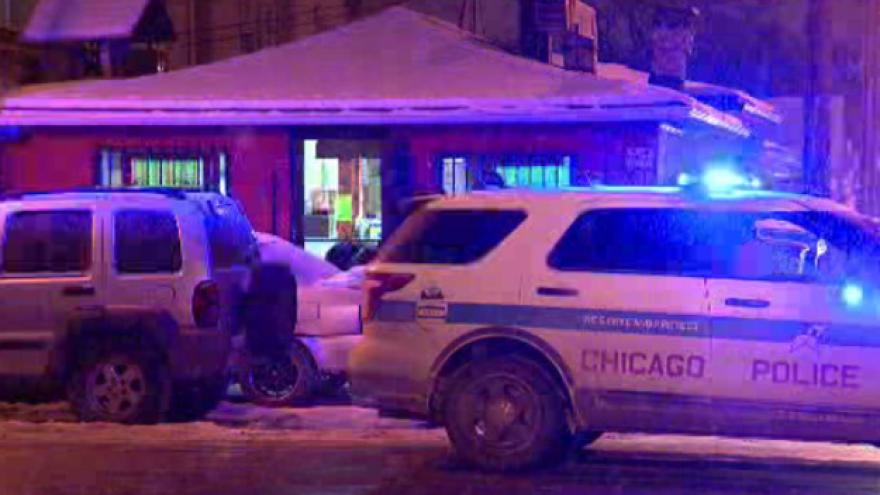 CHICAGO (CBS) — For the first time since March of last year, Chicago has gone six full days without a fatal shooting.

The city’s last fatal shooting happened at 11:30 a.m. Jan. 11, when 33-year-old Uriah Hughes was killed and a 26-year-old man was wounded in an Austin neighborhood shooting on the West Side.

Hughes and the other man were getting into a vehicle in the 5300 block of West Race when they heard gunfire and were shot, according to Chicago Police and the Cook County Medical Examiner’s Office.

Hughes was shot multiple times and taken to Stroger Hospital, where he died within the hour, authorities said. No fatal shootings have been reported in the city since then.

The city ended the Martin Luther King Jr. Day holiday weekend by marking five days without a fatal shooting Tuesday morning. Over the long weekend, 25 people were wounded in shootings across the city.

Also over the weekend, a man was found dead with cuts all over his body Sunday morning in the West Pullman neighborhood on the South Side. Kendrick L. Williams, 26, was found unresponsive at 10:37 a.m. in the 11900 block of South Harvard with cuts to the head and wounds to both arms and one of his legs, authorities said. He was pronounced dead at the scene. An autopsy Tuesday found Williams died of multiple injuries from an assault and his death was ruled a homicide. Area South detectives are investigating.

The last time Chicago went six days without any fatal shootings was between Feb. 26 and March 6, 2017, when the city reached eight full days without any shooting deaths, according to Chicago Sun-Times records.

So far in 2018, there have been at least 19 homicides in the city, including a 29-year-old woman who died New Year’s Day in a North Side assault and a 1-year-old girl who died of multiple injuries from child abuse, according to Chicago Sun-Times records and the medical examiner’s office. Sixteen of those homicides were shooting deaths.

(Source: Sun-Times Media Wire © Chicago Sun-Times 2018. All Rights Reserved. This material may not be published, broadcast, rewritten, or redistributed.)