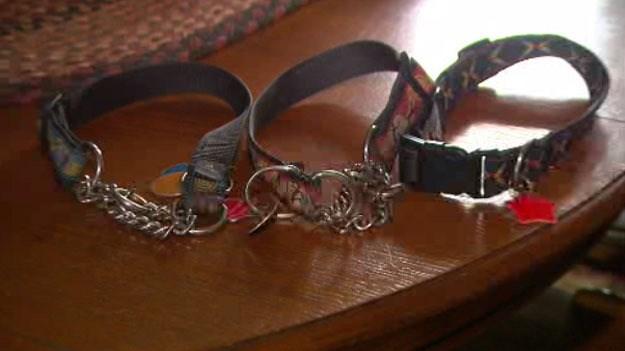 CHICAGO (CBS CHICAGO) Three beloved family dogs were shot to death by an Indiana man who was not charged and the owner wants to know why.

“It’s unbearable and it’s not right,” she says.

Her dogs — Lola, Storm and Buster — were shot to death by Randall Wall, who lived nearby. Drew says police told her Wall destroyed the dogs’ remains by burning them.

She said her response to police was: “This is OK with you, really?”

The family pets crawled under a gate after a flood washed away dirt and hay-stack barriers. Drew searched for them and worked social media hoping to find her dogs. Then she learned about a Snapchat item posted by Randall Wall’s stepson. It was a picture of her three dogs dead along with this caption: “And this is what I come home to.”

Drew said she never thought her dogs would be shot in her community.

“I live in a subdivision,” she says. “I live a block off the main street.”

Tim Haskins lives next to Wall’s property and says he heard multiple gunshots.

“If I had to give an estimate, I’d say a couple dozen,” he tells Savini.

Other neighbors reported rapid firing, too.

Dana Drew wants to know how many times her dogs were shot, but she says Wall destroyed any evidence when he burned the dogs’ bodies.

His department received hundreds of e-mails from around the country, angry that Wall was not criminally charged after news of the dogs deaths went viral.

“I think he should have called police or animal control,” Jarrette says. “But, then again, according to the state law, he doesn’t have to.”

Jarrette insists his hands are tied.

Wall, who raises deer he sells to hunters, claims he shot the dogs after they spooked the deer by digging around the pen. According to police, Wall claimed one or two of his deer died while trying to run from the dogs.

Drew, for her part, says: “Now I have nothing but three collars, and a horrific memory of how my dogs died.”

The dogs’ collars were given to police by Wall, when he was questioned.

Wall did not respond to our repeated attempts to interview him.

Prosecutors did not return calls.