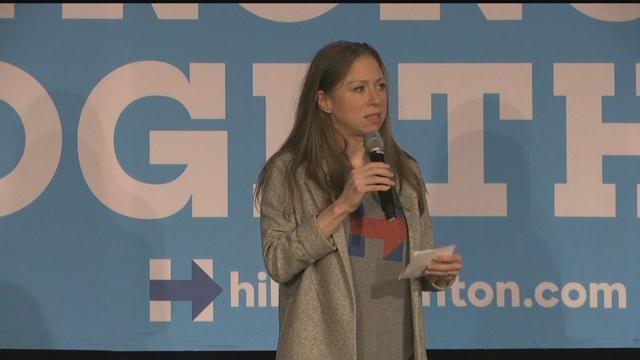 Chelsea Clinton makes another appearance in Wisconsin today to campaign for her mother Hillary Clinton. Her stop was in Racine at the Living Light Community Center.

Clinton says she was fiercely proud of her mother after Sunday night’s second presidential debate. She also added her criticism to the GOP nominee.

“Words do matter. I never thought I would see in my lifetime the almost normalization of hate speech from Donald Trump and the republicans."

She calls this election personal for her, not just because her mother is running, but because she too is now a mom and she knows the next president will help shape the word in which her kids grow up in.