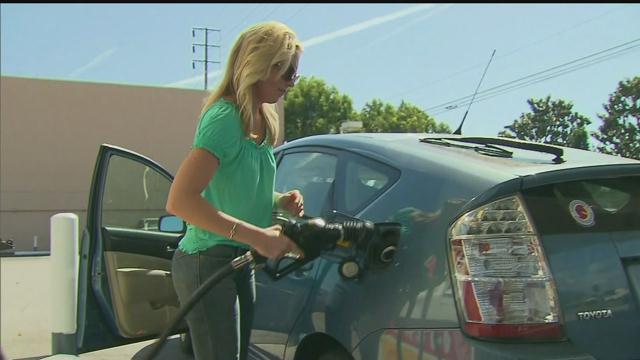 (CNNMoney) Cheap gas prices and a stronger economy have a dark side -- they helped to lead to the greatest number of traffic deaths since 2008 last year.

The National Highway Traffic Safety Administration reported that an estimated 35,200 died on U.S. roads in 2015, up nearly 8% from the previous year. The biggest reason for the jump is an increase in miles driven.

"As the economy has improved and gas prices have fallen, more Americans are driving more miles," said NHTSA Administrator Mark Rosekind in explaining the increase.

But the rate of fatal accidents also crept up slightly, to 1.12 fatalities per 100 million miles driven, up from 1.08 the year before.

The overwhelming cause of the accidents was driver error, according to Rosekind. He said 94% of the deaths could be blamed on the driver rather than road conditions or a problem with the car's equipment. While drunk driving remains a cause of close to one-third of traffic fatalities, the overwhelming majority involve drivers who are not physically impaired. The biggest increase in deaths was a 10% jump in fatal accidents involving a driver age 15 to 20.

NHTSA said its agreement reached in March with most major automakers to have automatic braking systems be standard on cars by 2022 will go a long way to reduce traffic deaths.

"This safety technology could prevent thousands of crashes every year," said Rosekind.

The report comes in the wake of a report of the first traffic fatality involving a driver using automatic driving features, this one on a Tesla Model S. It has yet to be determined who was responsible for that accident.