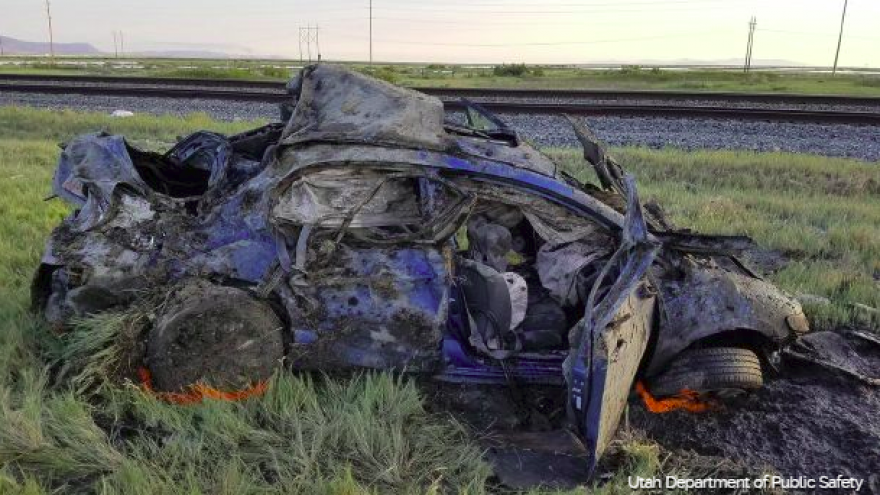 TOOELE — (KSL VIA CNN) A Salt Lake man who prosecutors say tried to pin the blame for a fatal DUI crash on his dead friend in 2016 was charged Monday with automobile homicide.

The key piece of evidence came from comparing DNA collected off the car's airbag with the deceased man and the man who police say was the actual driver.

On July 25, 2016, the Utah Highway Patrol responded about 2 a.m. to a rollover crash on I-80. Scott Newman, 34, was ejected from the vehicle and died at scene. Two others, a man and a woman, were injured.

Hernandez was found "walking around frantically and the responding troopers noticed a strong smell of alcohol on his breath as he spoke to them," according to charging documents.

Blood was drawn from Hernandez at a local hospital and his blood alcohol content was 0.14 percent, or nearly twice the legal limit, the charges state.

After he was released from the hospital, investigators questioned Hernandez about where everyone was sitting in the car during the crash.

"He said he was positive that Scott (the deceased male) was the driver," the charges state. Even after investigators told him they had collected DNA evidence off of the car's air bag, "he maintained that he was not the driver of the car."

At that point, detectives served a search warrant on Hernandez and collected DNA swabs from him.

"The air bag along with DNA from Mr. Isaac Hernandez and Mr. Scott Newman were submitted to the Utah Bureau of Forensic Services for scientific analyzation," according to court documents.

The test results concluded that Hernandez was the driver.