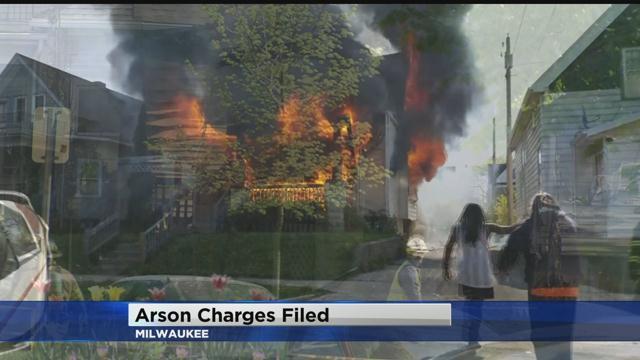 Charges are now filed against a Milwaukee man for setting fire to home and then getting in the way when firefighter's tried to put it out.

A Milwaukee man is charged with starting a fire that destroyed a home on 34th and St. Paul last week.

According to the complaint, 31-year-old Jermaine House admitted several times to setting fire to the home.

Last Thursday, when fire crews arrived they saw house run from the back of the burning home.

He also told investigators his wife and child was inside.

Fire crews searched and found no one.

House also tried to take the fire hose away from crews making their job of battling the massive flames more difficult.

House is currently being evaluated a local hospital.