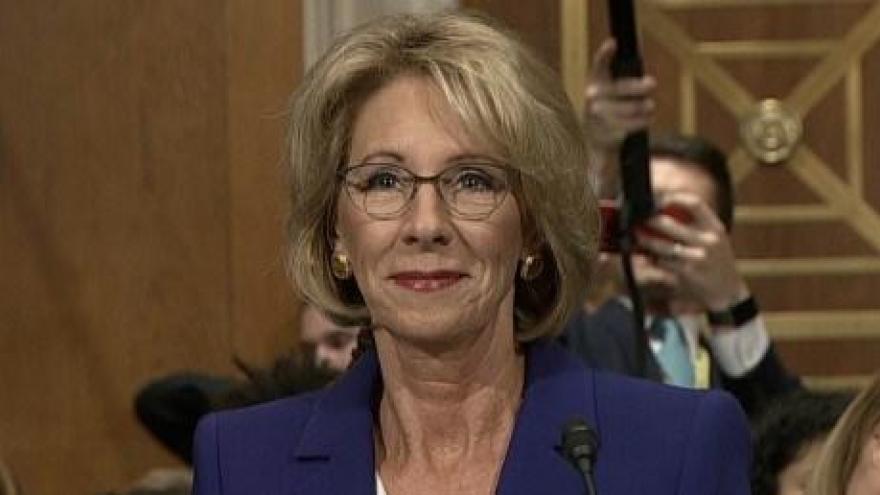 Humphries says DeVos has a "great opportunity to help schools across the nation by reducing regulatory burdens that take the focus from students and teachers." And Holtz says her confirmation is a "positive development for the future of America's children."

State Superintendent Tony Evers said Tuesday he doesn't know whether Betsy DeVos is qualified to be U.S. Education secretary and he also is unsure whether she will advocate for public schools.  Evers said it was unfortunate that he didn't have the answers to those questions before the billionaire philanthropist was confirmed Tuesday by the U.S. Senate.  He says, "I have a vacuum there that needs to be filled."