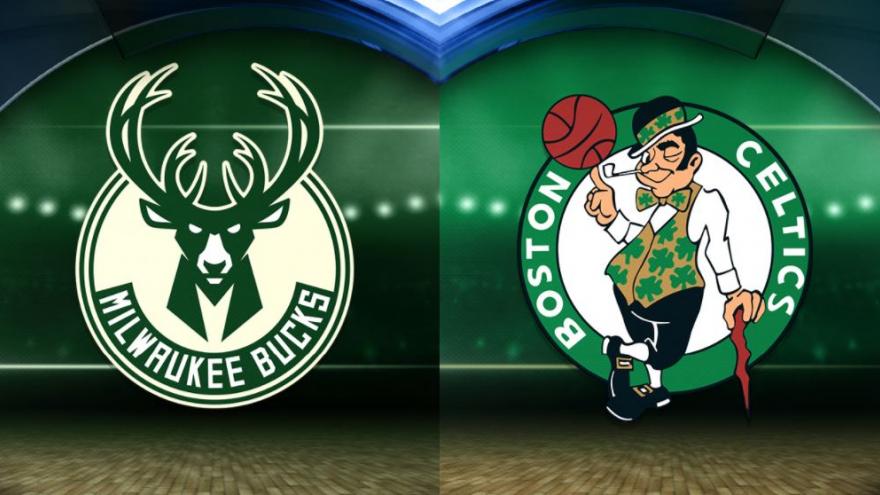 BOSTON (AP) — Al Horford had 24 points and 12 rebounds and the Boston Celtics overcame Khris Middleton's long 3 that beat the fourth-quarter buzzer, topping the Milwaukee Bucks 113-107 in overtime Sunday to open their playoff matchup.

The Celtics led 99-96 with 0.5 seconds left in regulation when Middleton took an inbounds pass on the far right wing and hit a contested 35-footer to force OT.

Giannis Antetokounmpo led the Bucks with 35 points, 13 rebounds and seven assists before fouling out in overtime. Middleton had 31 points, eight rebounds and six assists. Malcolm Brogdon scored all 16 of his points after halftime for Milwaukee.

Game 2 in the best-of-seven series is Tuesday night in Boston.

An acrobatic, spinning layup by Tatum gave Boston a 108-105 lead in overtime.

Antetokounmpo made one of two foul shots with 14.8 seconds left, but he fouled out of the game while going for the rebound on his miss.

The game went to extra time following a wild finish in regulation, that included back-to-back 3-pointers in the closing seconds.

Milwaukee was held to just two field goals over the first seven minutes of the fourth quarter as the Celtics built an 86-76 advantage.

The Bucks closed to 89-87 before Marcus Morris made a falling down jumper just inside the arc to make it 91-87.

Antetokounmpo got free for a dunk, But Horford was steady again after being fouled, connecting on two more from the line with 15.2 seconds left.

Rozier dribbled the clock down before crossing over Eric Bledsoe, stepping back and swishing an apparent game-winner with a half-second showing the clock.

But after a Milwaukee timeout advanced the ball to half court, Middleton matched it with his own 3 over Brown as time expired.

Bucks: Outscored the Celtics 58-44 in the paint.

Celtics: Except for Horford, who entered the Sunday's game with 91 career playoff starts, Boston's other four starters (Tatum, Aron Baynes, Brown, Rozier) had combined to play only one playoff game between them. That lone start belonged to Baynes.

The Bucks connected on 6 of their first 9 shots of the game, which included two early assists by Antetokounmpo. But over the over the final 4:17 of the first quarter, they were 0 for 5 from the field, with four turnovers, which led to nine Boston points.

Tatum brought the crowd to its feet early in the first quarter when he took an outlet pass from Horford and went in for fast break dunk over the outstretched arm of Antetokounmpo .

Kyrie Irving, out for the rest of the season following knee surgery, and Marcus Smart (rehabbing from right thumb surgery) sat at the end of bench on Sunday.

Smart, who hasn't played since March 11 and continues to work his way back from his March 16 surgery to repair a torn ligament, was also on the court getting up some shots before the game. He was recently cleared for non-contact shooting but hasn't resumed full basketball activities.