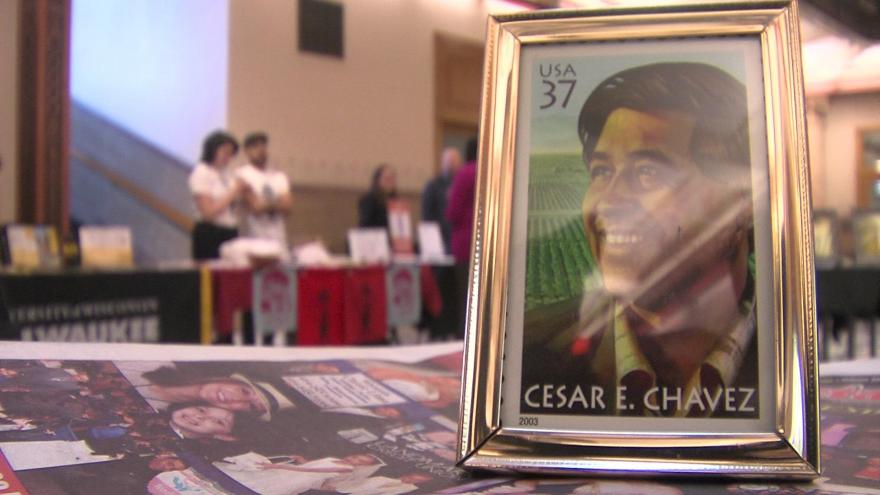 To many he was an advocate for their cause, but to all people he became a symbol of hope. The city of Milwaukee celebrates the influential Latino activist, Cesar Chavez, on what would be his 90th birthday. In the city hall rotunda this afternoon, Alderman Jose Perez and others reflected on his legacy and influence. “Locally, he gave people hope, right? When you're discriminated against, when you're looked upon, when you're the last immigrants to arrive to this country, he gave you hope to stand up.”

Chavez fought for immigrant rights for nearly three decades including helping farm workers unionize. UW-Milwaukee interim director of the Roberto Hernandez Center says Chavez’s work reached far beyond just the Latino population, “He inspired not only Latinos to organize, migrants to organize, but he really empowered folks to think about how, what's importance of organizing."

Celebrating Ceasar Chavez’s life and contributions to the Latino community and beyond, Alderman Perez says it's also important to show young people that progress can be made through peaceful activism, which is what Chavez advocated for.