CEDARBURG, Wis. (CBS 58) -- The Cedarburg community is rallying around a biracial family after they say they received a racist letter in the mail.

A big show of support turned out Thursday night, a day after the family received a letter telling them to "move to the ghetto."

Cedarburg is fighting back and standing up for the local family. 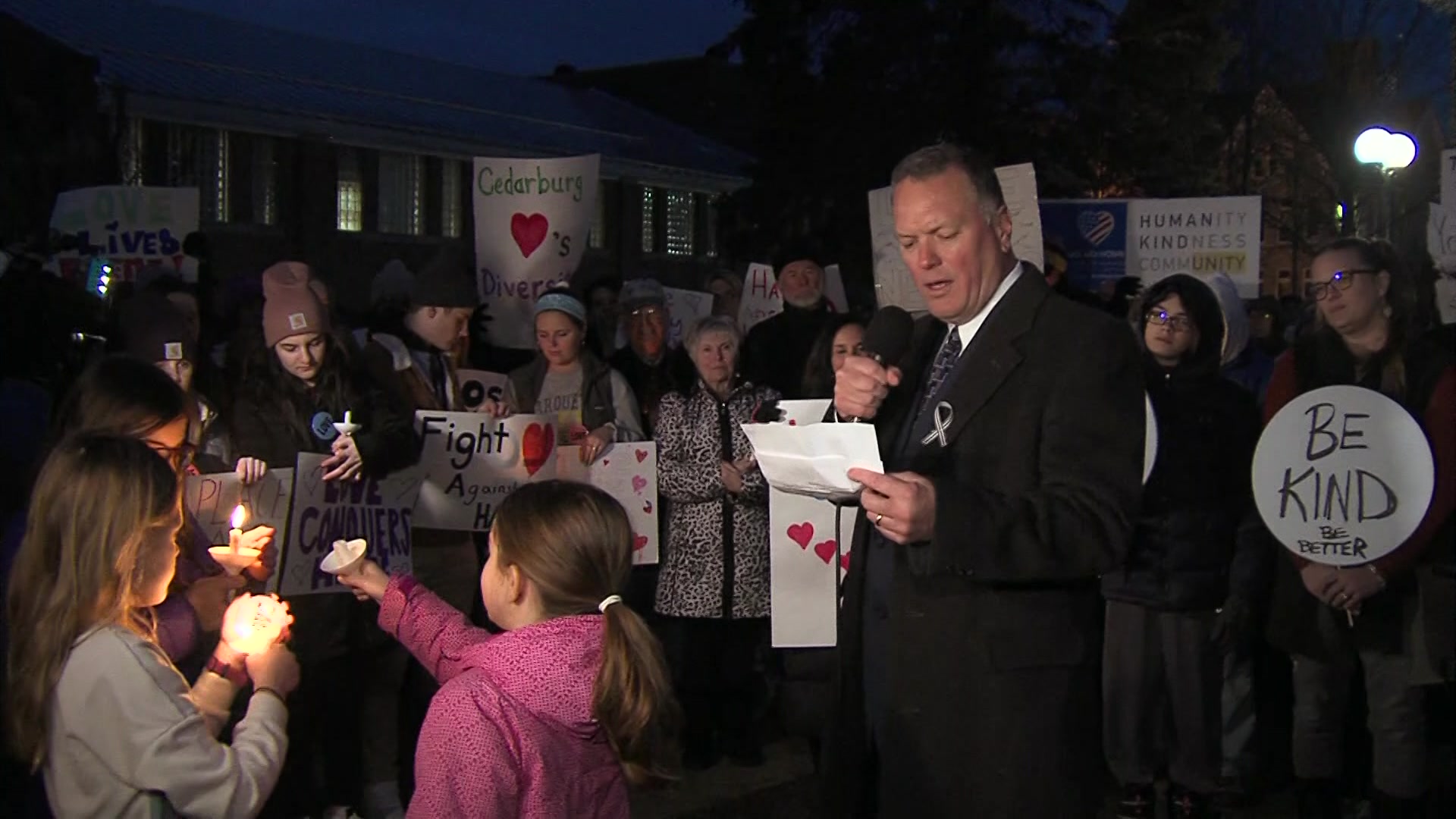 Shannon Lilly is white and her fiance Devin Harris is black. They have two kids, and Wednesday, they received a letter in the mail addressed to "The Scums." Inside was a note, that says in part, "no one wants you infecting this area, and "move to the ghetto scum."

"Honestly, we know these things happen, but it was a shock," she said. "You look around like who's watching us? We're in the town. We're in the country."

Shannon posted the letter on Facebook and it went viral, with hundreds of comments and shares.

"I was really shocked when I first saw the Facebook post, and I just thought I need to do something for this family," said Danielle Savick, who organized the rally.

Cedarburg's mayor and advocates from Bridge the Divide, a group that combats racism, spoke.

"We hope that this will let folks recognize, hey we all have these biases and we have to be able to recognize them and deal with them," said Greg Turner of Bridge the Divide.

Meanwhile, the letter was turned over to the Ozaukee County Sheriff's Department. They say they are investigating.

CEDARBURG, Wis. (CBS 58) -- A Cedarburg family is feeling unwelcome after they say someone sent them a racist letter on Wednesday, March 4. The community plans to come together to rally behind the family Thursday evening, March 5. 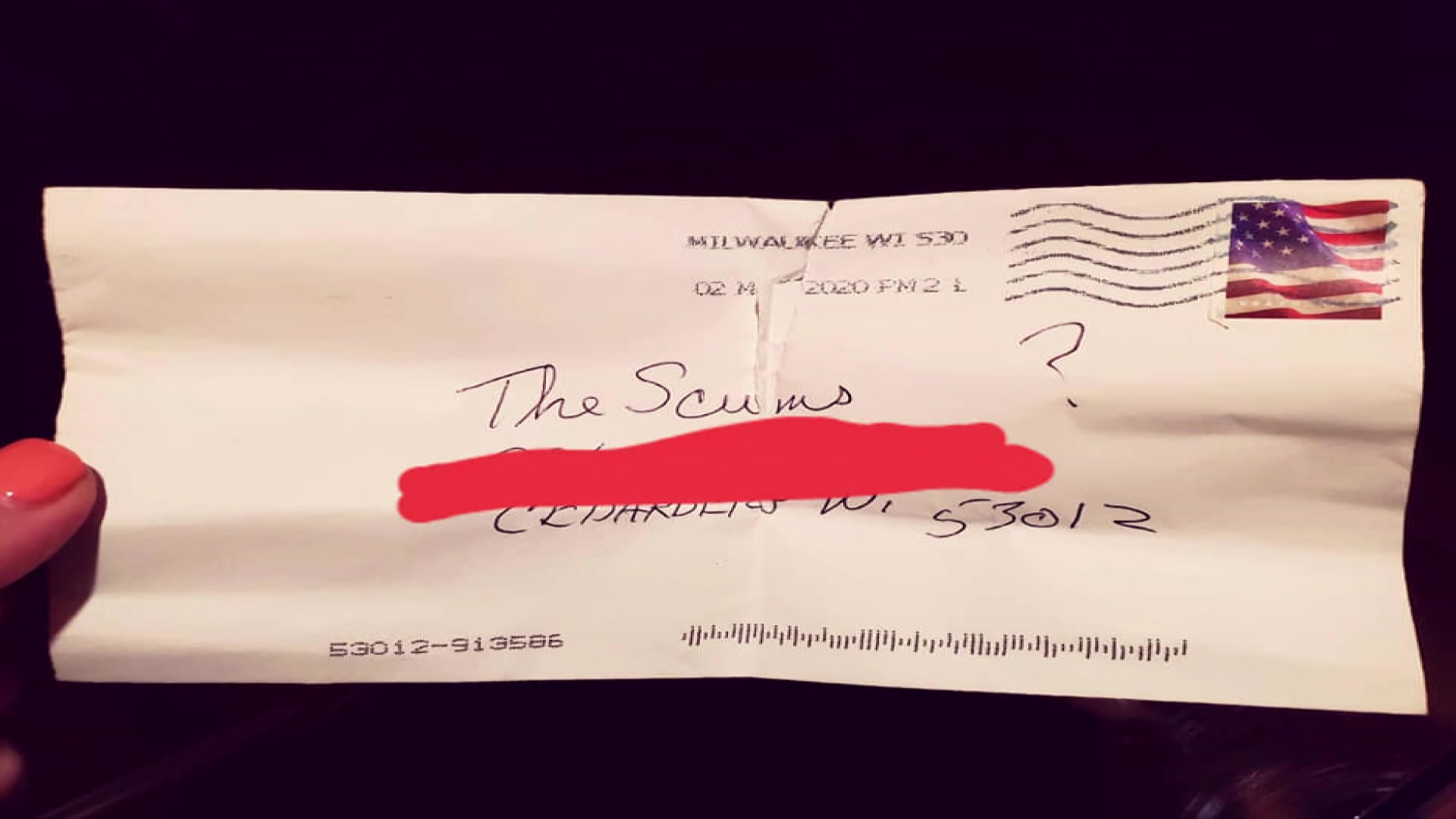 The letter is addressed to "The Scums," and inside a profanity-laced note says "no one wants you infecting this area" and, "move to the ghetto scum."

The interracial family has lived in Cedarburg for years, but moved in to a new home and neighborhood four months ago.

The Ozaukee County Sheriff's Office says they are investigating.

The letter reads in full: 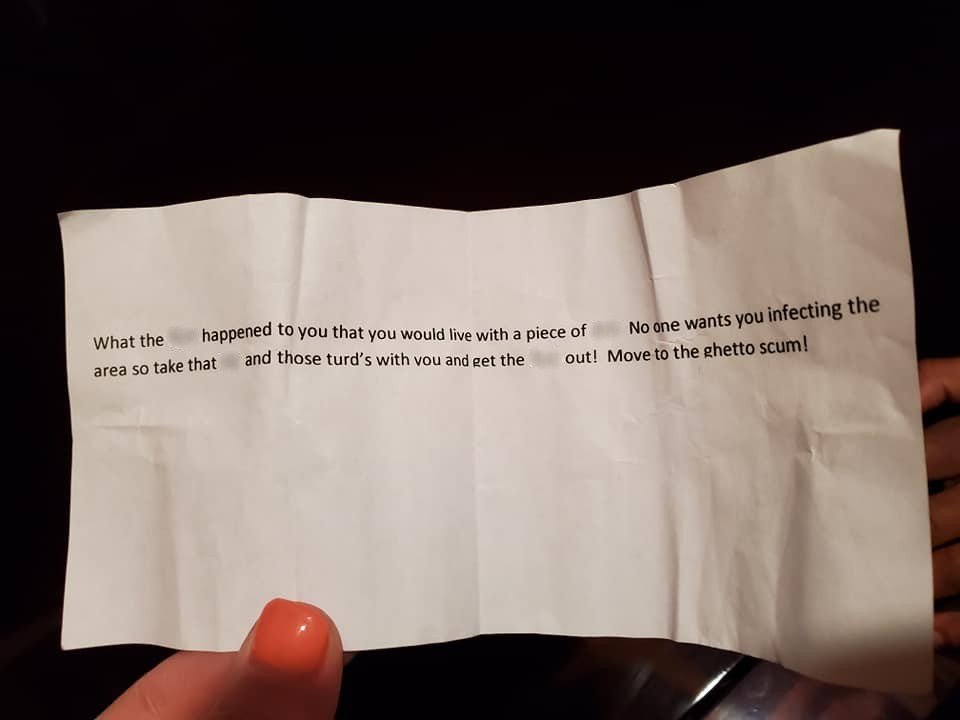