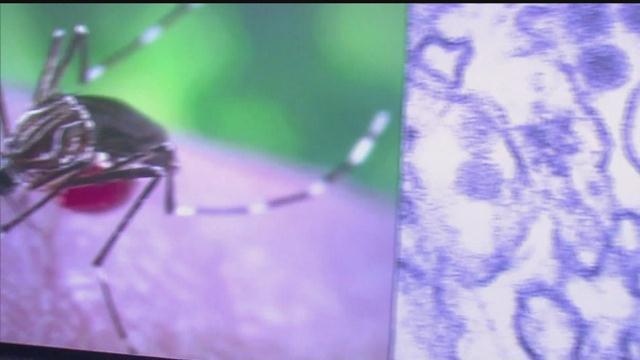 The Centers for Disease Control and Prevention has been working with Florida health officials on investigating cases of locally transmitted Zika virus. An additional area of active Zika transmission has been identified in a section of Miami Beach, in addition to the area of active Zika transmission near Wynwood. The Florida Department of Health has also identified at least four other instances of apparently mosquito-borne Zika in Miami-Dade County, and has reported an increase in travel-related cases.

Based on this new information, CDC and Florida health officials are now recommending the following:

“We’re in the midst of mosquito season and expect more Zika infections in the days and months to come,” said CDC Director Tom Frieden, M.D., M.P.H. “It’s difficult but important that pregnant women make every effort to avoid mosquito bites and avoid going to areas where Zika is spreading.  Florida and Miami-Dade County are taking appropriate steps to control mosquitoes and protect pregnant women. It is difficult to predict how long active transmission will continue.  CDC disease control experts are doing everything they can to support state and local control programs to stop the spread of Zika.  Every community in the United States that has the Aedes Aegypti mosquito present must monitor for infections and work to control the mosquitoes.”

Detecting local spread of Zika is difficult for several reasons:

For this reason, it is possible that other neighborhoods in Miami-Dade County have active Zika transmission that is not yet apparent.

CDC advises those living in or traveling to Miami-Dade County to enhance their efforts to prevent mosquito bites. Pregnant women and their sexual partners who are concerned about potential Zika virus exposure may also consider postponing nonessential travel to all parts of Miami-Dade County.

CDC has been working with state, local, and territorial health officials to prepare for the possibility of locally transmitted Zika virus in the United States.  Officials from Florida participated in all these activities, and their experience in responding to mosquito-borne diseases similar to Zika has been an important source of knowledge in this effort. To date, CDC has provided Florida more than $8 million in Zika-specific funding and about $27 million in emergency preparedness funding that can be used toward Zika response efforts.

It is understandable that women will be especially concerned, and there are things that everyone can do based on what is currently known. While there are still many unanswered questions about Zika, CDC is working hard to find out more about these infections. Here is what is known:

As of August 17, 2016, 2,260 cases of Zika had been reported in the continental United States and Hawaii, including 529 in pregnant women. These cases also include 22 believed to be the result of sexual transmission and one that was the result of a laboratory exposure.