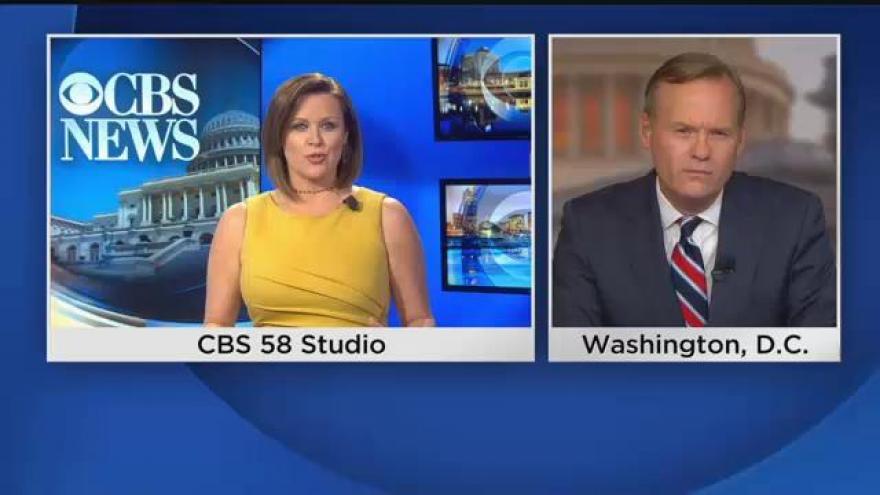 (CBS NEWS)- John Dickerson is CBS News’ Chief Washington Correspondent and anchor of “Face The Nation,” the No. 1 Sunday morning public affairs program. Dickerson is also a contributor to Slate’s “The Political Gabfest.”

Dickerson joined CBS News in April 2009 as an analyst and contributor. For the last six years he has been the network’s political director and has been moderator of “Face the Nation” since June 2015. During the 2016 presidential campaign he moderated CBS News’ two presidential debates and as host of “Face the Nation,” interviewed each of the major candidates multiple times.

Dickerson has been a reporter in Washington since 1995, covering the White House, Congress and economics. Most recently he was Slate Magazine’s chief political correspondent winning the Ford Prize for Distinguished Reporting on the Presidency. A 2010 long-form series on risk profiled current Secretary of Defense James Mattis. Before Slate, Dickerson covered politics for 12 years for Time magazine. During his last four years, he was the magazine’s White House correspondent, covering the presidency of George W. Bush. He has covered the six presidential campaigns and hosts a twice-monthly podcast, “Whistlestop,” which chronicles great moments in presidential history.

A native Washingtonian, he graduated with distinction from the University of Virginia with a Bachelor’s degree in English and a specialty in American Studies. His mother, Nancy Dickerson, was CBS News’ first female correspondent. Dickerson is the author of “On Her Trail” (Simon and Schuster), a book about his mother. He is also the author of the New York Times best-seller “Whistlestop: My Favorite Stories from Presidential Campaign History” (Twelve Books). Known for his active use of social media, Dickerson has more than 1.85 million Twitter followers at @jdickerson.