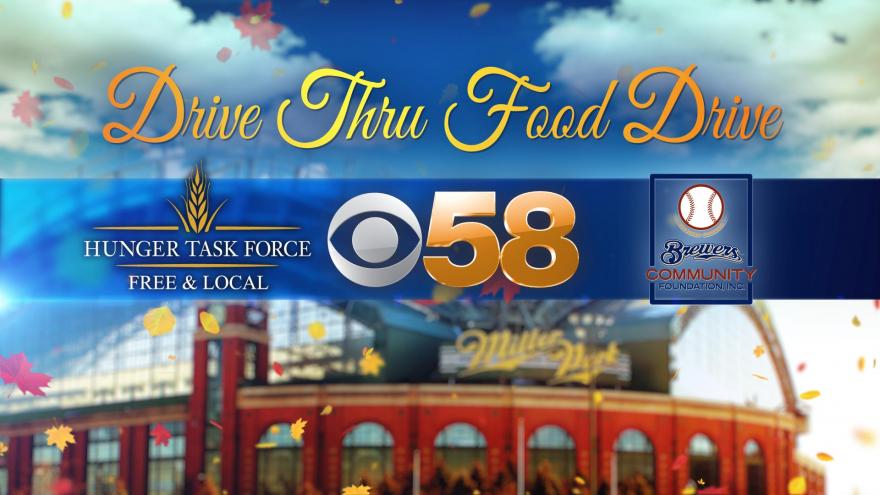 Making a food donation will be convenient and fast with the simple drive-thru model, where cars can pull into the Miller Park parking lot, make their donation and get back on the road without ever leaving their vehicle. CBS 58 will broadcast live from the food drive throughout the day, and visitors will be able to meet some of their favorite CBS 58 personalities.

Each vehicle will receive several gifts from corporate sponsors for their generosity, including a commemorative Zach Davies Brewers bobblehead, coupons, snacks and other items. The first 100 cars to donate five frozen turkeys will also receive a souvenir Bob Uecker Magic 8-Ball!

“Our community is strong. We support each other locally and want to give back, so we made it especially easy with a drive thru!” said Sherrie Tussler, executive director of Hunger Task Force. “We’re excited to continue this generous tradition with our friends at CBS 58 and the Brewers Community Foundation, and appreciate them for spending the day before Thanksgiving fighting local hunger.”