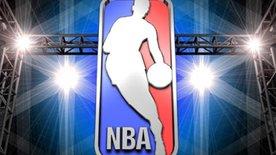 CLEVELAND (AP) -- LeBron James had 41 points, 11 assists and eight rebounds and the Cleveland Cavaliers forced a Game 7 in the NBA Finals with a 115-101 victory over the Golden State Warriors on Thursday night.

James - who scored 18 straight points during one stretch - finished with 41 for the second straight game in another overpowering performance for the Cavs, who have come back to tie the best-of-seven series at three games apiece. No team has ever come back from a 3-1 deficit in the NBA's championship round.

The Cavaliers can make history, and capture Cleveland's first pro sports championship in 52 years, with a victory in Oakland on Sunday.

Stephen Curry scored 30 points for the Warriors, but was ejected in the fourth quarter after picking up his sixth foul. Curry threw his mouth guard as he argued the call and the Warriors have come unglued in the series.