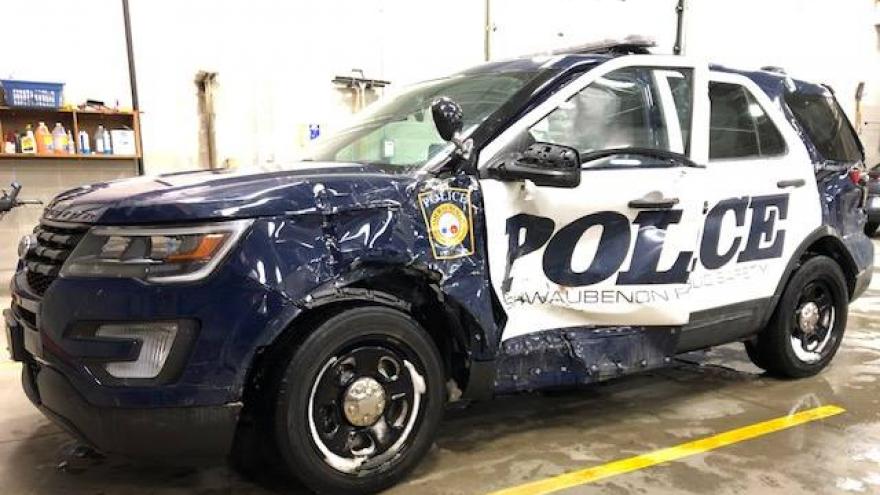 ASHWAUBENON, Wis. (CBS 58) -- An Ashwaubenon Public Safety Officer was hit by a semi which ran a red light on Monday.

According to the Ashwaubenon Public Safety, the officer was entering the intersection on Eastbound Cormier Road at Southbound Ashland Avenue when a southbound semi failed to stop for the right light.

The semi struck the patrol car.

The impact caused the patrol car to enter the median.

The officer was initially trapped in the vehicle but was able to get free uninjured.

The semi driver was cited for operating too fast for conditions.