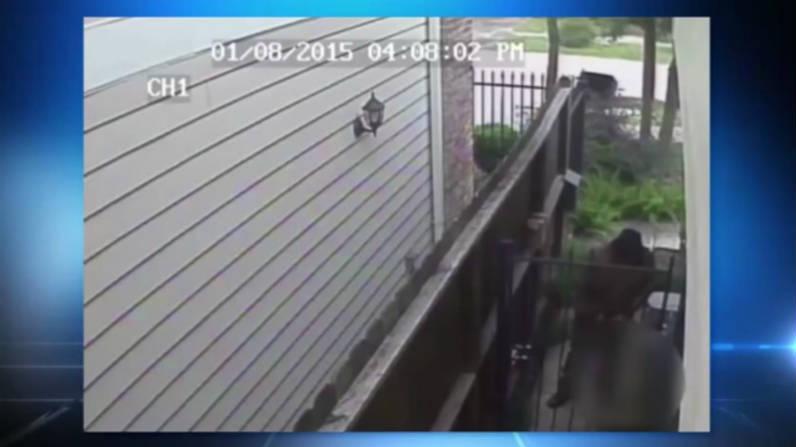 A UPS driver was caught on camera giving a Houston man the kind of special delivery nobody wants.

Ben Lucas was scanning surveillance video taken from outside his house that showed a UPS delivery man walking up to his locked gate and tossing his package over the gate. The toss broke open and damaged the package Lucas was expecting. To add insult to injury, the video shows the UPS driver unzipping his pants and pees on the side of Lucas' house. \"So basically, I paid someone to come to my house and pee on it,\" said Lucas.

Lucas told KPRC he offered to send UPS the video when he first contacted them. After getting a lukewarm response from UPS, Lucas decided to post his video on social media. After the video went viral, Lucas got a stronger response from UPS.  The company offered Lucas an apology and said that driver had been fired. The company says the driver was not a full-time employee.