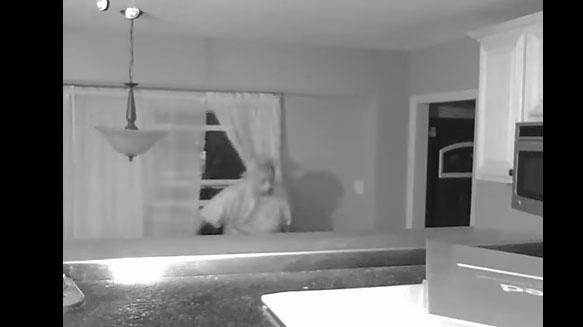 A burglar was caught on camera entering a rear kitchen window at a home in the 8100 block of W. Scranton Place on June 29.

Milwaukee Police are asking the public to help identifying the suspect.

The incident happened around 9:30 PM.

The suspect forced open the victim’s rear kitchen window and entered the home. The suspect did not steal anything and a few minutes later fled from the scene.

The suspect is described as a black male, with a medium build, and wearing a baseball cap and short-sleeved t-shirt.