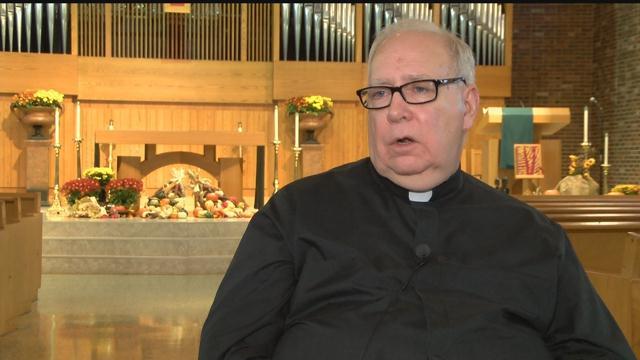 An accusation of child sexual abuse dating back to 1977 came up in September against a pastor at St. Francis Borgia Catholic Church in Cedarburg, and the Archdiocese of Milwaukee said they had no choice but to suspend the pastor.

"It was agony because priesthood is my life and my parish is my family. I was relieved of my job, my family, my home in the rectory at a moment's notice. So it was pretty crushing," said Father Tom Eichenberger.

St. Francis Borgia Associate Pastor, Father Justin Lopina, said the parish didn’t know what would happen to Father Tom or what it meant for the Parish.

In a letter from Archbishop Jerome Listecki, sent the second weekend in November, he said in part the report against Father Eichenberger had not been substantiated.

The man who said he always wanted to be a priest and nothing but a priest, said he was vindicated.

But, he said he will spend the rest of his life trying to rebuild his reputation.

"I want you to know that I forgive him [the accuser] from my heart. I'm not going to have it in my soul that I hate him. [I won’t] hold a grudge against him. I forgive him," said Eichenberger.

St. Francis Borgis is the home to almost 6,000 parishioners. And Eichenberger said that’s where he found his support

"This is what kept my spirits up," said Eichenberger.

Eichenberger said a stack of cards from people who stood by the pastor during the investigation into sexual abuse not sit on a table in his office.

"Of course I always knew I was innocent, but I had to prove that a little bit," said Eichenberger.

He was back at work Monday, and led a smaller mass Tuesday morning. But he said returning to Sunday mass will be the most emotional.

"I know people will be supportive. I think there will be a lot of hugs. Very well could be tears," said Eichenberger