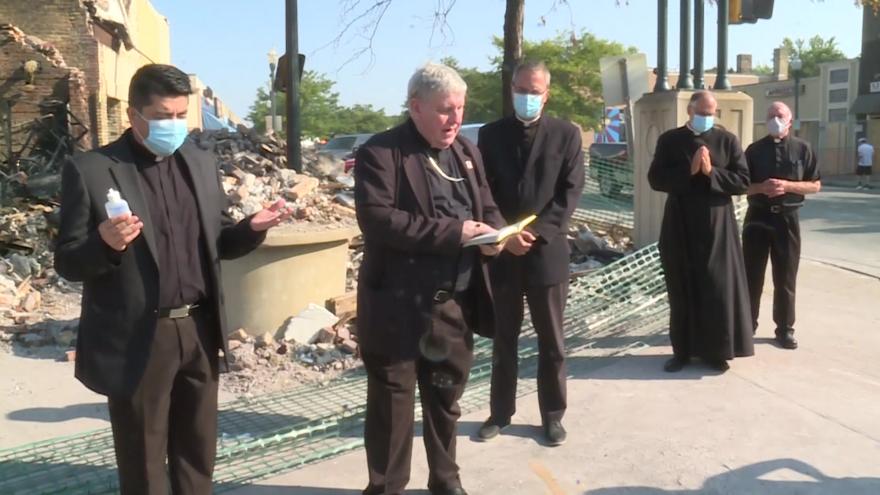 KENOSHA, Wis. (CBS 58) -- Catholic leaders are praying for Kenosha and calling for healing.

Archbishop Jerome Listecki and priests gathered for a virtual mass to pray for the people of Kenosha on Thursday, Aug. 27.

The mass was held at St. Mark Evangelical Catholic Church.

Afterward, they spoke and called for healing and said everyone needs to come together and pray for the victims and first responders. Then, they headed to the areas damaged during the riots and prayed.

"What prayer does is open up the minds and hearts of people. It changes their ability to kind of take a look at something and not to fixate on certain aspect on this is the way it’s always been, this is the way it will continue on and to open up to listen. You know that’s an important aspect to pray. Prayer is not only talking to God, it’s listening,” Listecki said.

As for his message about the shooting of Jacob Blake, Listecki said the church wants justice but they want all the facts to come out first.