Catching Up With Melvin 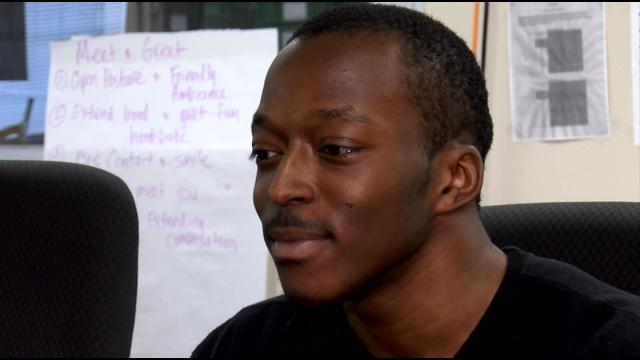 A young Milwaukee student is getting ready to graduate and now has a place to call home. We first met Melvin Stevenson back in November.

He was homeless and had no place to go, but a lot of you stepped up to help him and have asked us how he is doing.

CBS 58's Lila Carrera has kept in touch with him and tells us what's next for Melvin.

\"Being homeless is not a death sentence.\" A powerful statement made by teenager Melvin Stevenson. \"I see other people coming from that situation and I know they are trying to get somewhere and I feel there pain,\" said Stevenson.

Melvin was homeless for several months earlier this year after his father died of cancer, but he isn't a homeless high school teenager anymore.

He proudly gave us the grand tour of his new home, a small apartment where he pays rent every month.

\"people thought I was couch-surfing, that's what you said on the news, I was actually floor-hopping,\" said Stevenson.

He isn't doing that anymore. His apartment has furniture, decorations and kitchen utensils. He's been living there since March. He's appreciating the things many of us take for granted.

It's just the beginning.

\"I'm pretty excited about graduation. I can't wait to walk across the stage,\" said Stevenson.

The program allows him to go to school for half of the day and work for the other half.

His high school and gps graduation are in two weeks. When we first met him, he knew he wanted to be successful, but the next step was still a little unclear.

\"Being the type of person that I am. I didn't want to become a failure because I know my dad didn't want that for me,\" said Stevenson.

He's figured out how to make his dad proud.

He's developed a special bond with Stevenson. after working with him since August.

\"I saw this kid waking up and catching the bus at 5:30 in the morning to come here and leaving here just to go to another job, then going god knows where after that. I'd say he was pretty motivated to do that,\" said Ajagu.

Stevenson tells us, he believes his dad would be proud of him.