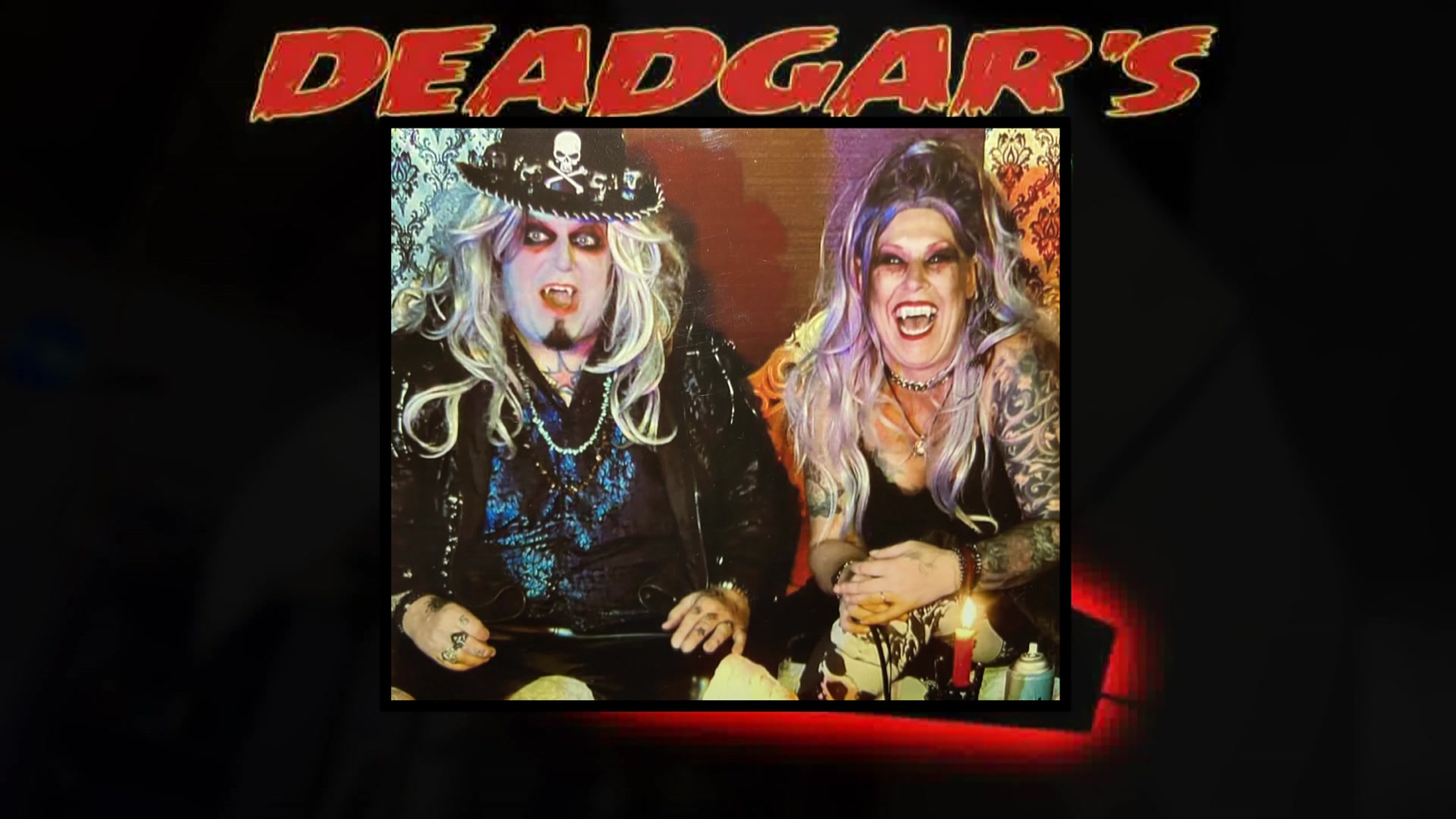 "We play classic horror movies." said Jennifer Lambert, AKA Storm Winter, Deadgar's on-screen wife and real-life fiancé. "Instead of commercials, we cut in like Svengoolie or Elvira. We do different little scenes."

You can see many of the episodes on the Deadgar's Dark Coffin Classics YouTube page.

Some episodes featured in the CBS 58 Sunday Morning story include: 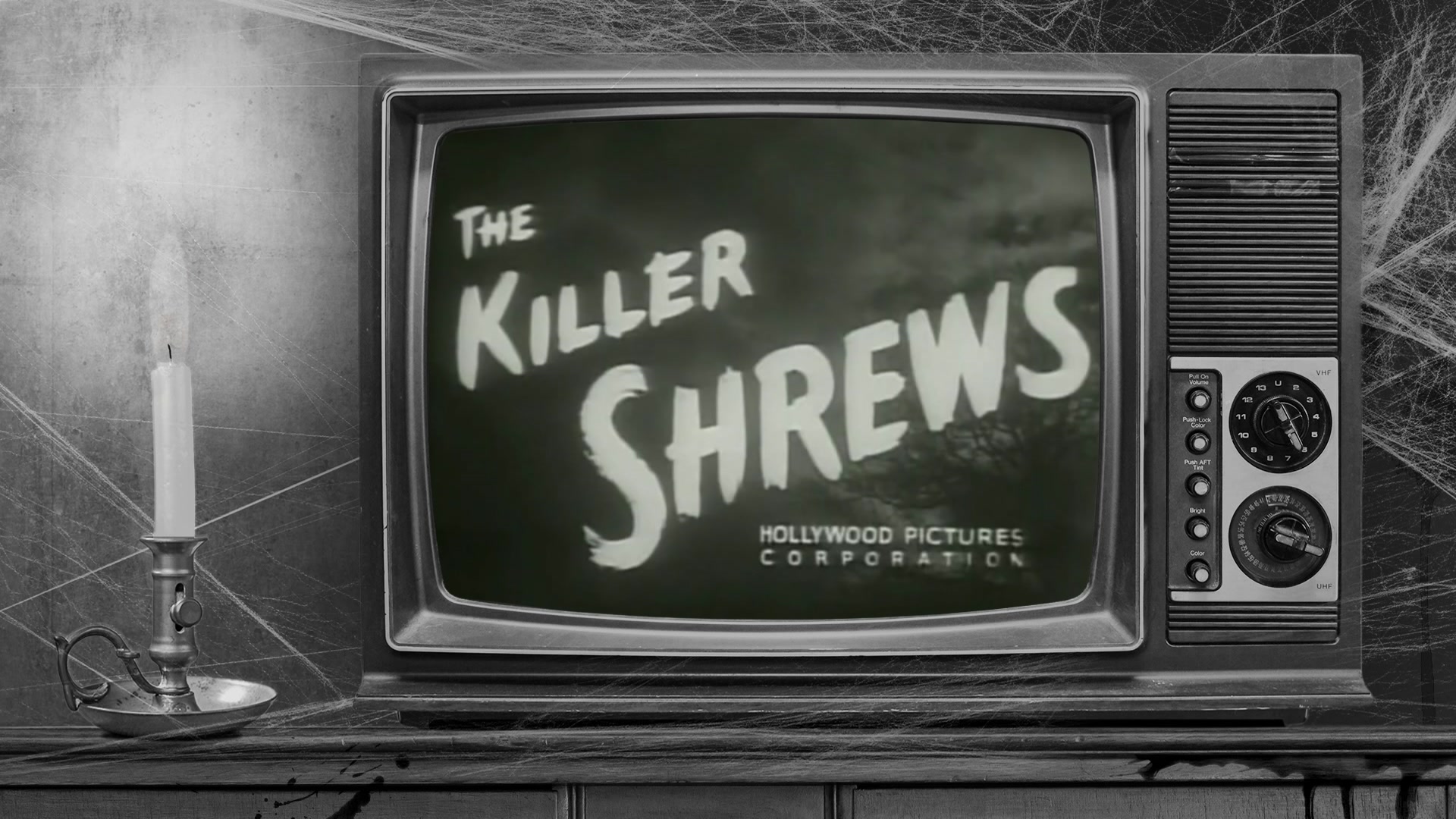 The Killer Shrews
The Devil Bat
Frankenstein vs. the Space Monster

The show would air first on Kenosha Channel 14 and then on YouTube and several horror apps. Deadgar built a following around the country playing old horror classics. Mostly the kind that are now in the public domain.

Jennifer and Curt bonded over their mutual love of scary stuff.

"He grew up with it." she said. "From a young age, right away he had told me that when he saw a vampire…that was it for him.

Their home is full of creepy stuff from top to bottom, all year long. It's full of coffins, skulls, and monsters.

"This is us." said Lambert. "I guess this is just who we are. I don't know how to explain it. Everybody is who they are. That's what makes the world go round, right?" 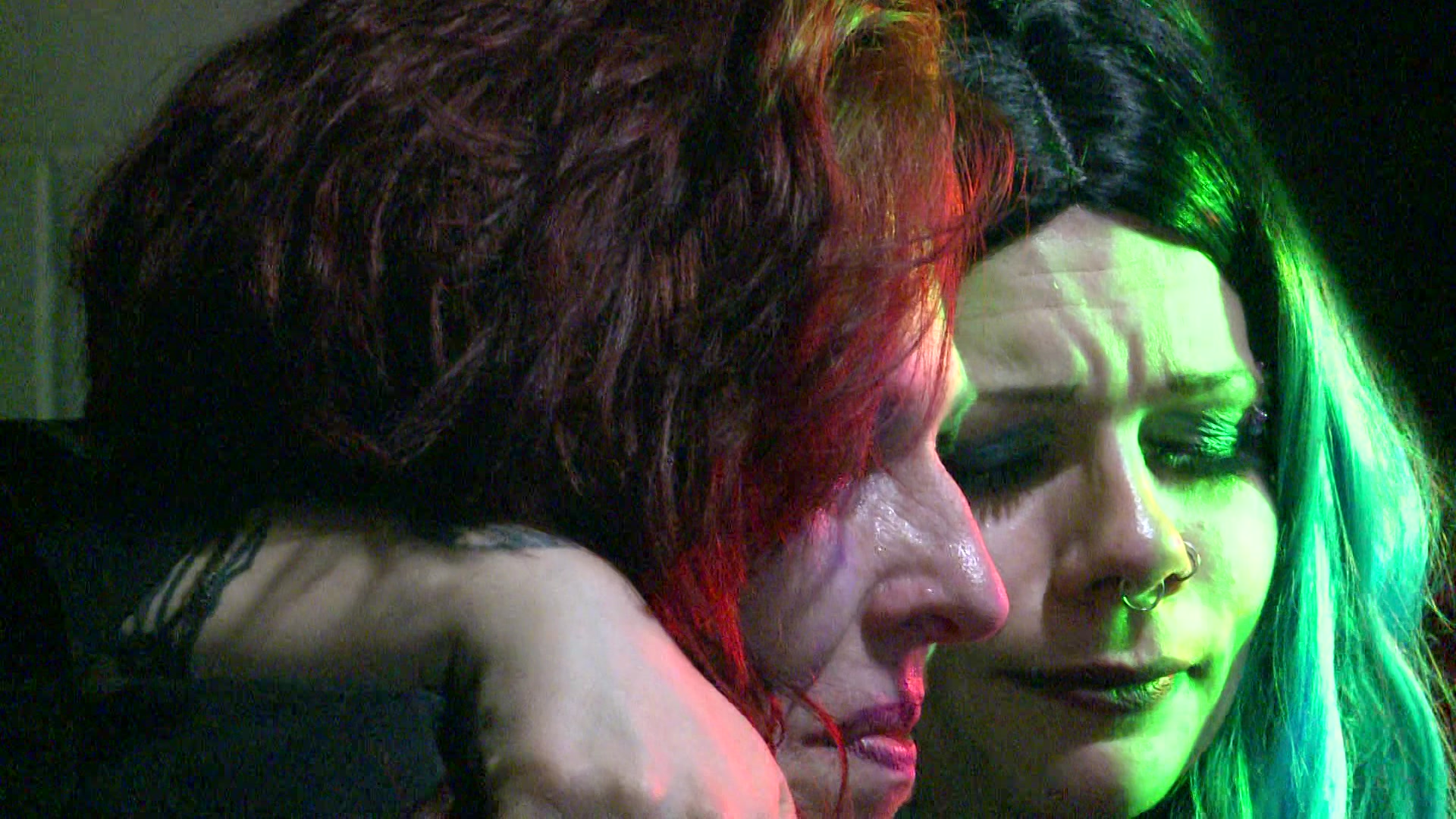 On a Sunday in mid-April, the cast of Deadgar's Dark Coffin Classics met to shoot one last episode. This time, without Deadgar.

"He got COVID. His lungs were really bad from work." Lambert said, describing how Curt got sick. "He ended up having a heart attack. His lungs stopped working, he was on the ventilator. His body just gave out. His organs gave out. And then his heart."

She believes Curt caught COVID after a Halloween event. He spent his last few weeks in the hospital, mostly in a coma, isolated from family and friends. 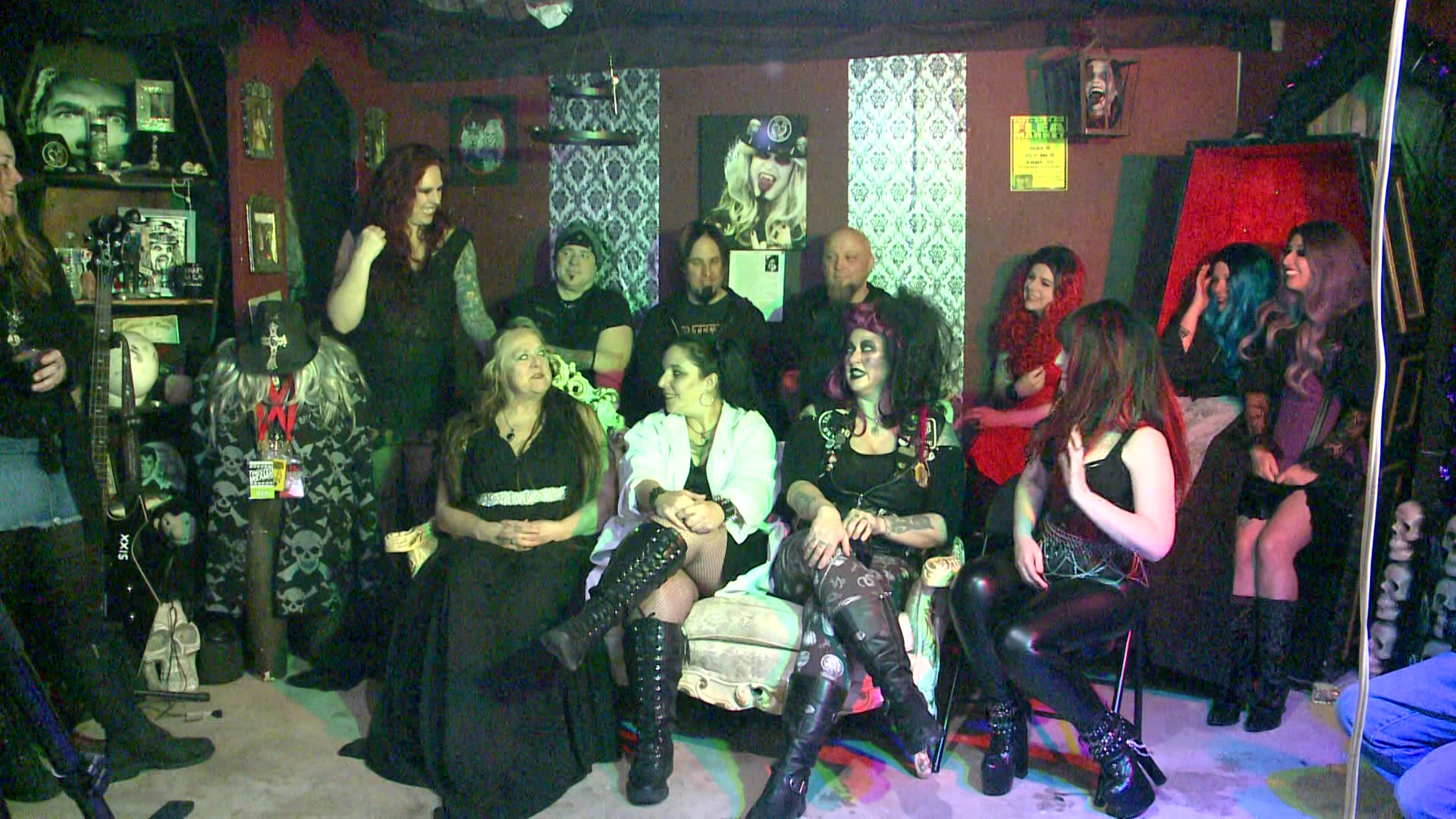 "That's my soulmate. And I couldn't see him." she said. "The last words he ended up saying were said to the nurse. Take care of me because I need to get back to my fiancé."

"We were going to get married this summer. It's hard."

Jennifer/Storm put together one last dedication show for Curt/Deadgar. The cast was back on the set, reminiscing about 12 years of shows, conventions and trips.